Hawaii Baptist Academy strove to put the “social” in social distancing in its 2021-22 Winter Banquet.

The event took place at the Ko’olau Ballrooms on Saturday, February 5, with doors opening at 4:30 p.m. and closing five hours later. Close to 200 students booked their seats, eager for the school’s first off-campus dance in almost two years.

Inspired by the animated Disney movie Tangled, banquet organizers decorated the ballroom with purple and gold tones to mimic “a night under a thousand lanterns,” hoping to create an atmosphere befitting of the Valentine’s Day season. Junior Jolie Wong, banquet committee chair said, “We [hoped] the theme [encouraged] light spirits and good vibes.”

Originally, the banquet was to take place mid-December during the winter break, but with the Covid Omicron surge, school administrators called for a postponement. Wong said, “Planning a large, safe event didn’t seem achievable within the small window of time left for us. Pushing the date back allowed us time to organize more safety protocols as well as give the committee members more time to finish the semester well.”

The details for the banquet were only announced two weeks before the event and many were surprised by the high ticket price of $82, the steepest of any HBA banquet. Along with many other students, junior Jordy Davenport felt that the price was too high or “unfair.” However, vice principal Jeroldine Tsuha explained that the venue charged $64 per person and the cost of other expenses—like decorations and hiring a photographer—bumped it up to the final ticket price. Unlike previous years, this banquet was not subsidized by school funds.

At the check-in table, with smiles and freshly made up faces hidden under masks, students dutifully showed their vaccination cards (though this was not required as everyone had to have a negative Covid test prior) to enter the ballroom.

As junior Brendan Aoki remembers, it was a “memorable” night that preceded his expectations. For the first time since Covid-restrictions, students were able to mingle freely with those outside their grade level at a school event, something Aoki appreciated. “I enjoyed being in the presence of students—not only from my own grade but students from other grades as well— having fun together. It was especially special after not being able to have many large gatherings of students and served to remind me of many people I had not seen in a while,” he said.

Once the junior emcees, Ella Lim and Marissa Watanabe, stood in front of the podium, the program officially kicked off for the evening. Students stood in line for food with servers plating the food for safety. The buffet consisted of somen salad, roast beef, and teriyaki chicken. Self-service was an option for the dessert table though, albeit with food-safe gloves provided by counselor Sean Ohira. Outside of the buffet spread, senior Andy Siu liked the chocolate heart favors in particular for the messages in the wrappers.

While cutlery clinked on the porcelain in the ballroom, some students took turns to get formal photos taken by KH Portraits, a local photography company. While standing in line, sophomore Taylor Malinger enjoyed watching other groups in front of her. “We waited in the room for our turn to take photos and watched the other groups get photographed, which was really entertaining, especially because I haven’t seen people’s full faces in a long time,” she said. For those who opted out of the paid photography services, there was a gray backdrop filled with balloons just by the entrance for students to take their own photos.

Once servers cleared the tables of plates, students filled in the free time by playing board games, cards, Connect Four, and other tabletop games. There were also several rounds of Gimmie-Gimmie, where students had to race to gather random items—like school IDs and earrings—to snag prize bags, as well as bingo with school-related topics.

As for dancing, tables were grouped into three 20-minute time slots to keep the dance floor spacious enough for social distancing. However, once the lights were turned down and the DJ blasted “Baby” for the first shift, things got “chaotic,” according to sophomore Lindsey Toda, as students crammed onto the dance floor. Awkward circles fused into one large crowd, as students threw their hands in the air to the music. Groups not scheduled to dance created their own dance floors by their tables, making the most of the music.

Teachers and staff responded by handing out disposable gloves to the dancers, determined to manage the lack of social distancing. Some senior boys formed a conga line that snaked around the dance floor. Despite the no-physical contact rule, some students held hands while couples sneaked embraces during the slow-but-not-too-slow songs.

While banquet chaperones may have stressed out over Covid-19 protocols, many banquet attendees reported feeling safe that evening, trusting in their masks and negative tests. Malinger expressed a sentiment shared by many of the students that night: “I was just happy for the opportunity to get together with my friends and have at least some sense of normalcy.”

This article was written with additional help from Jessica Doiguchi (’25).

Video: Getting Ready for the Banquet 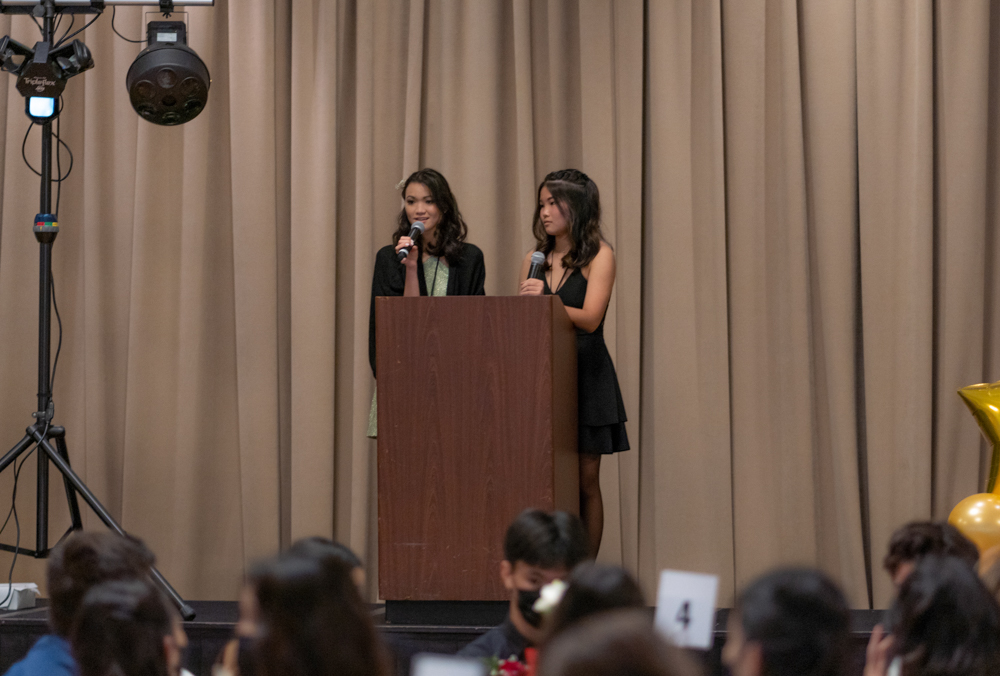 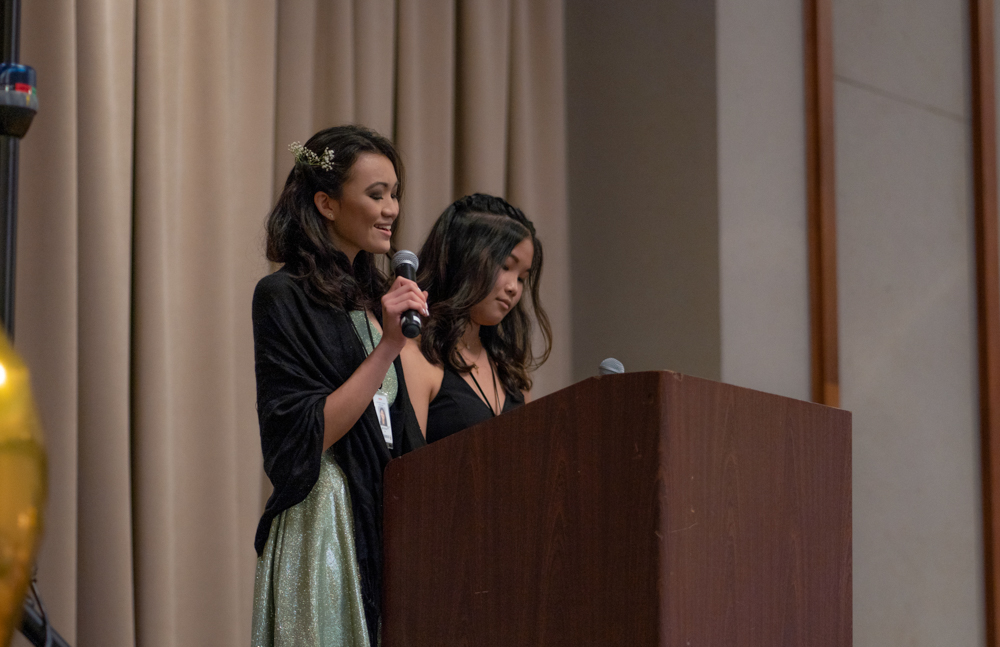 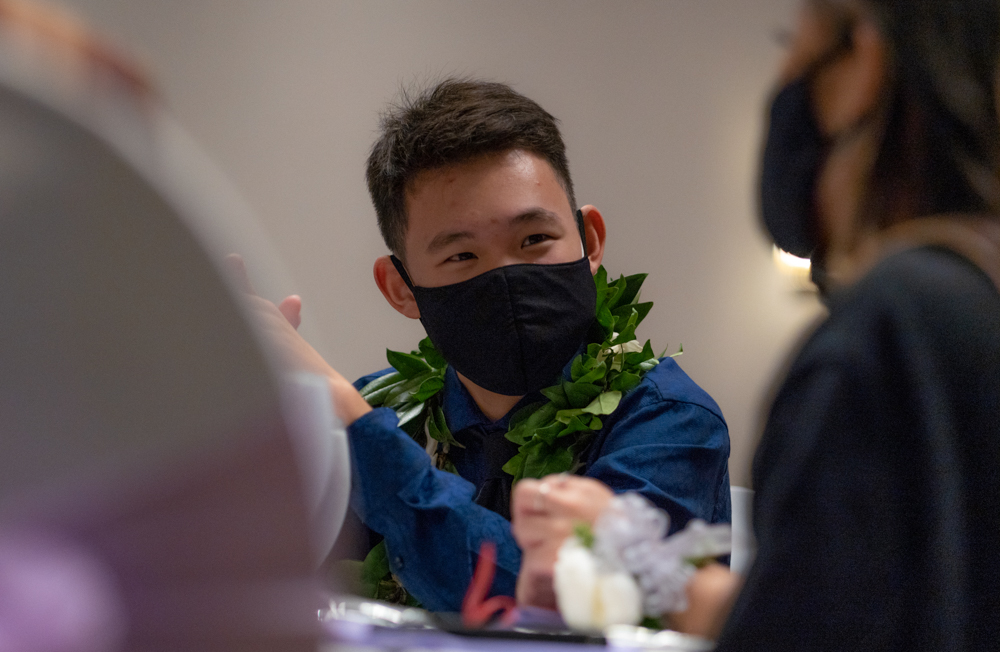 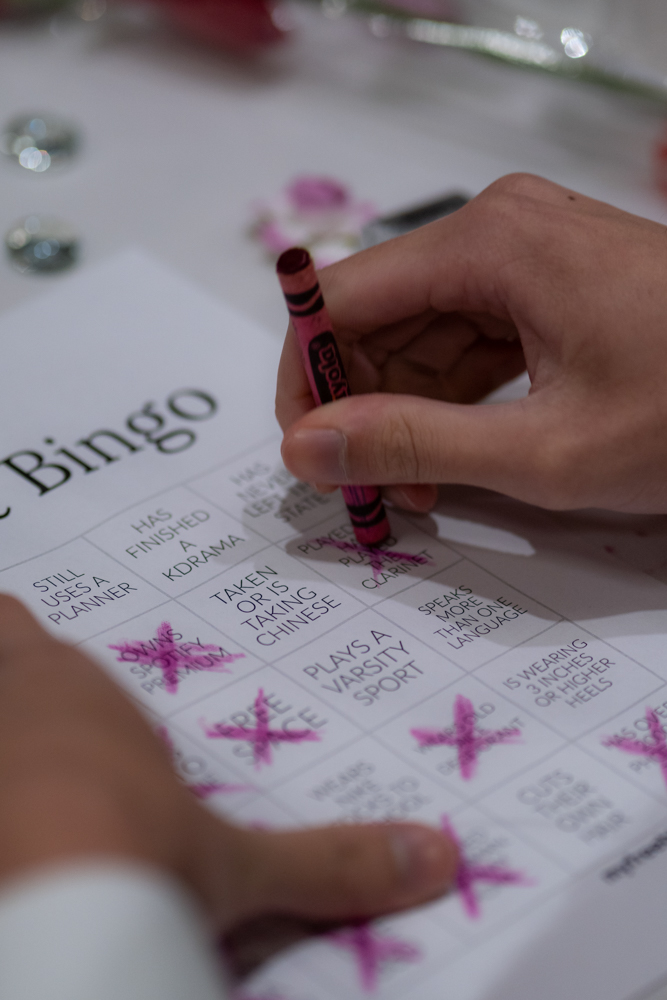 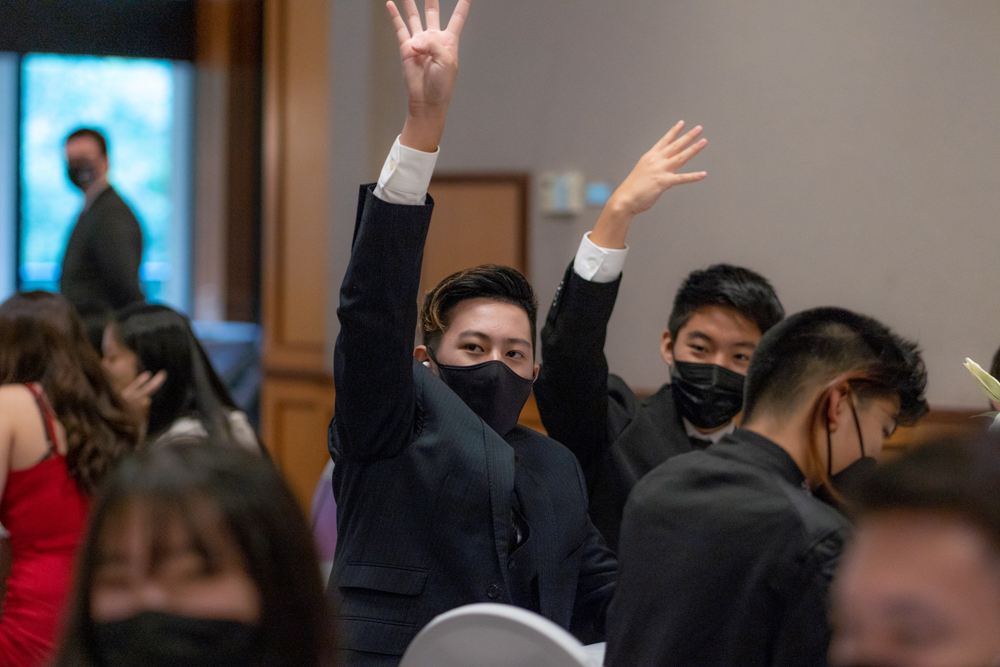 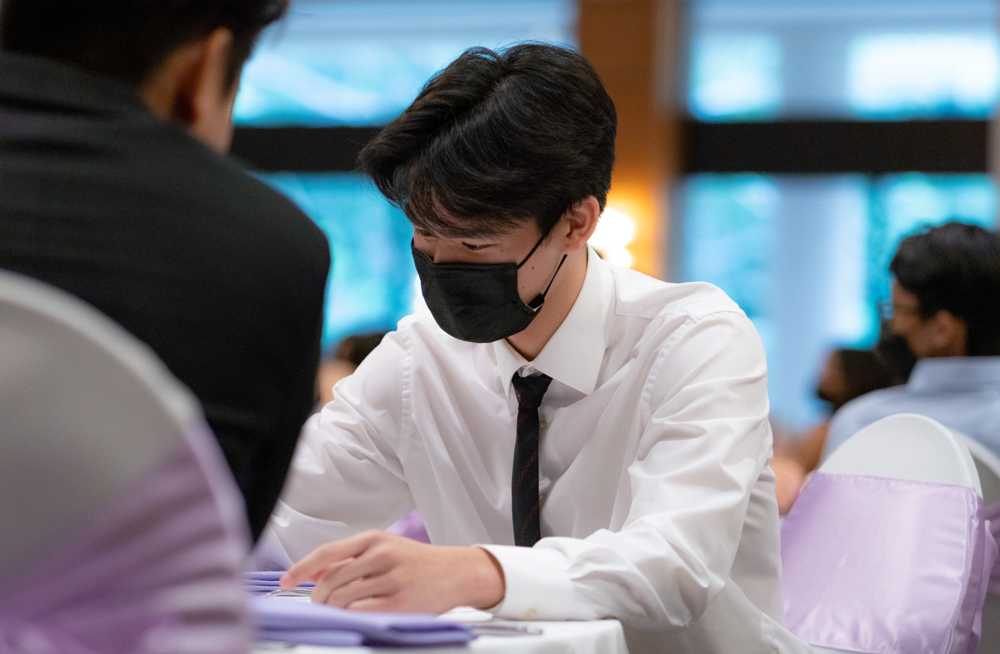 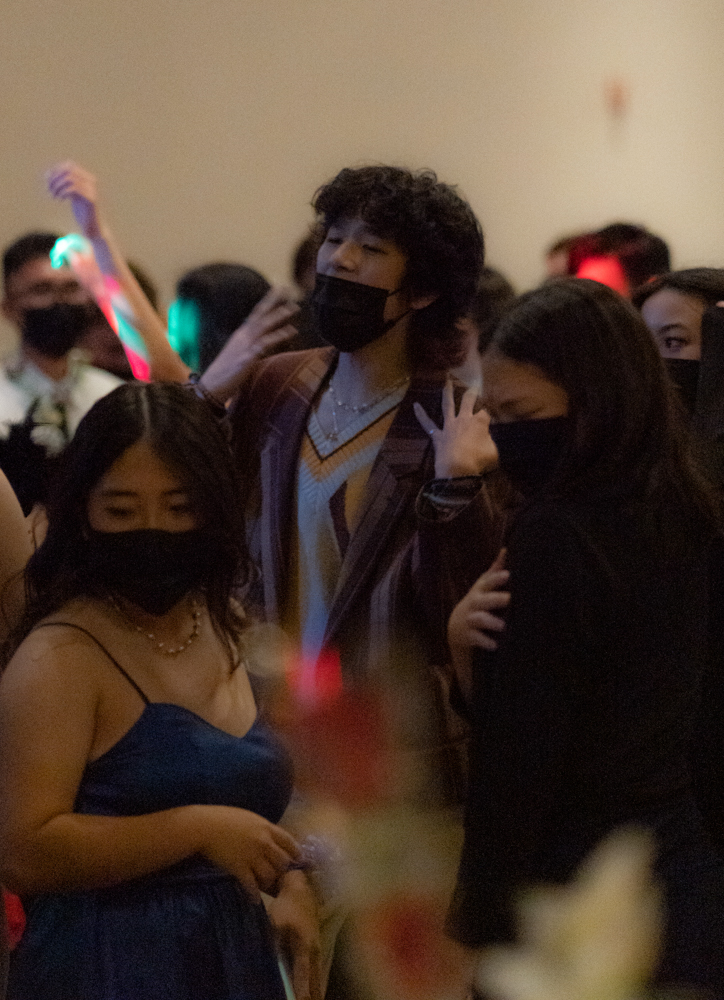 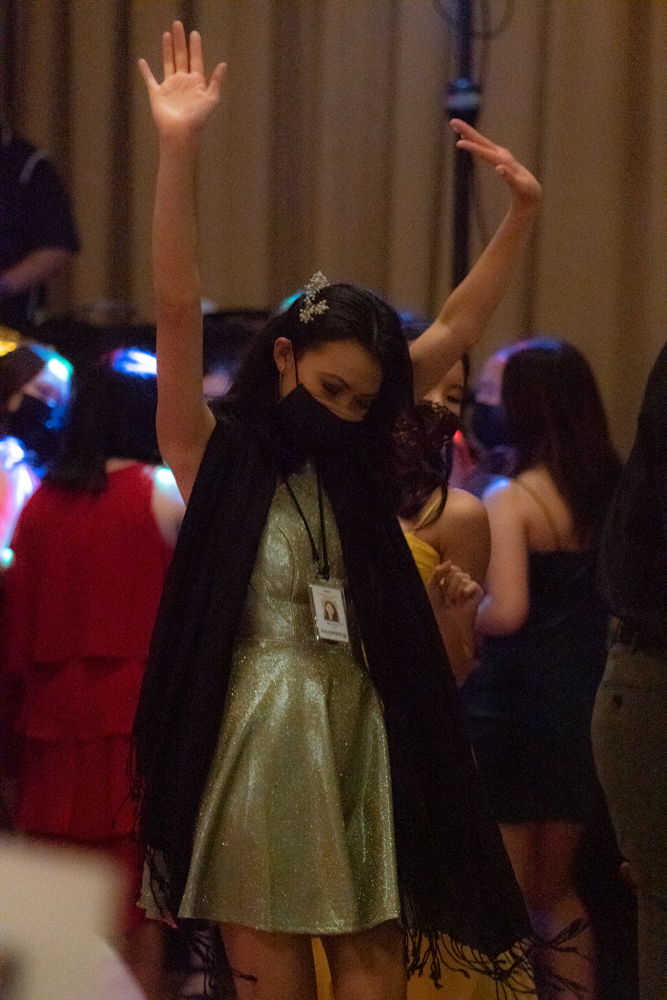 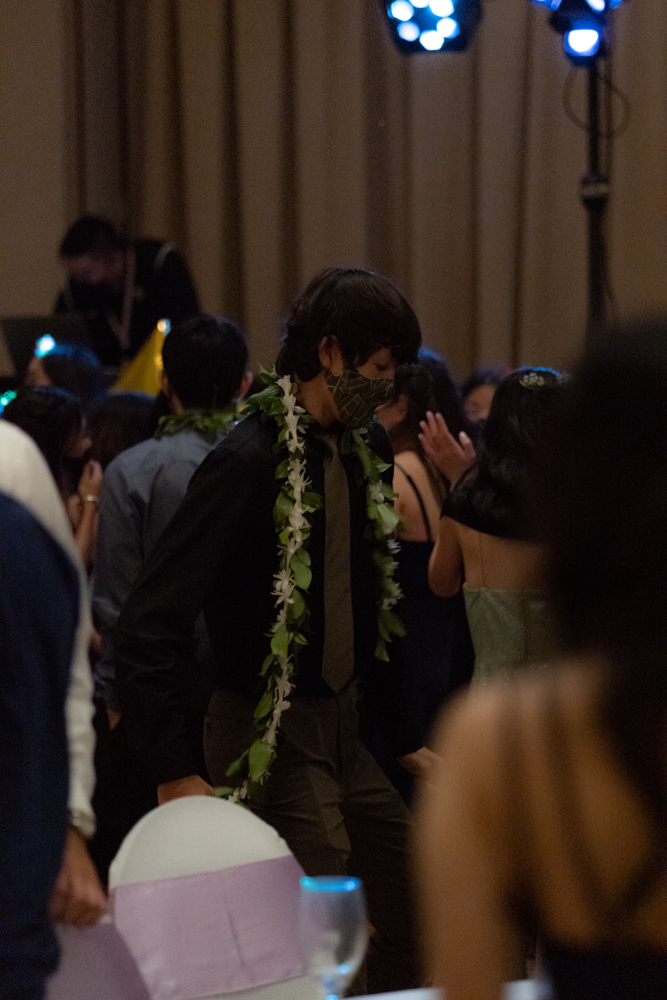 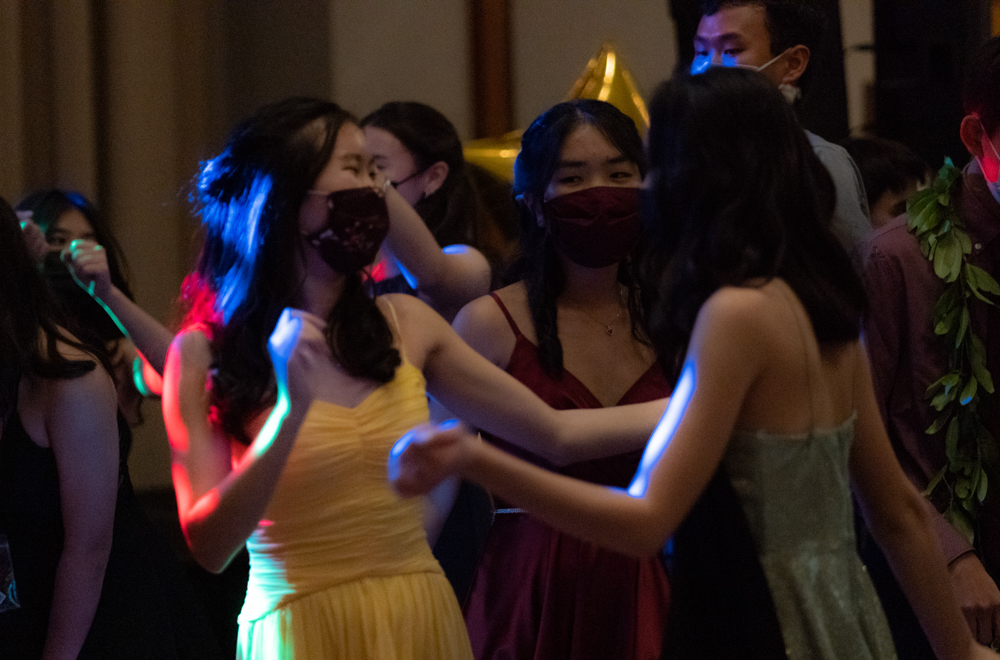 DSC06399HBA students dance together at the 2022 Winter Banquet. Close to 200 high school students attended the event at Ko'olau Ballrooms in Kaneohe on February 5. Photograph by Justin Mayeshiro ('22). 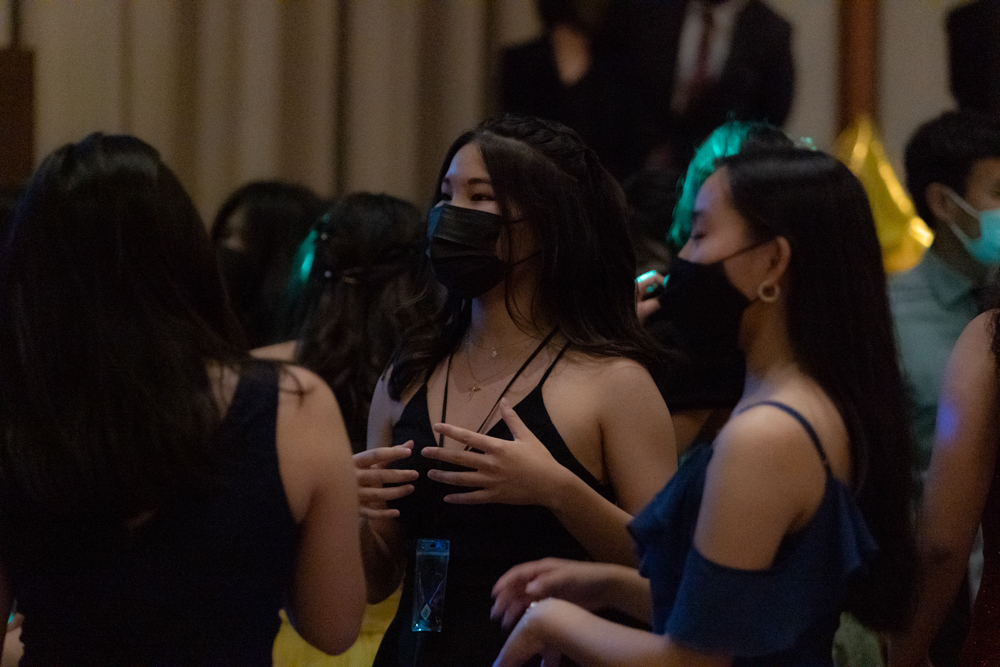 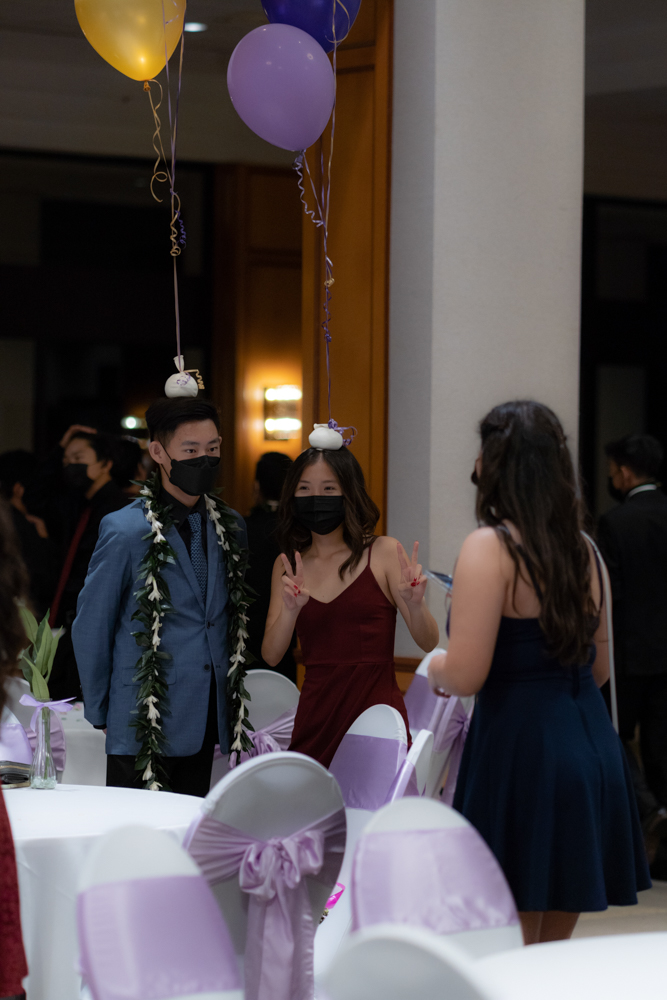 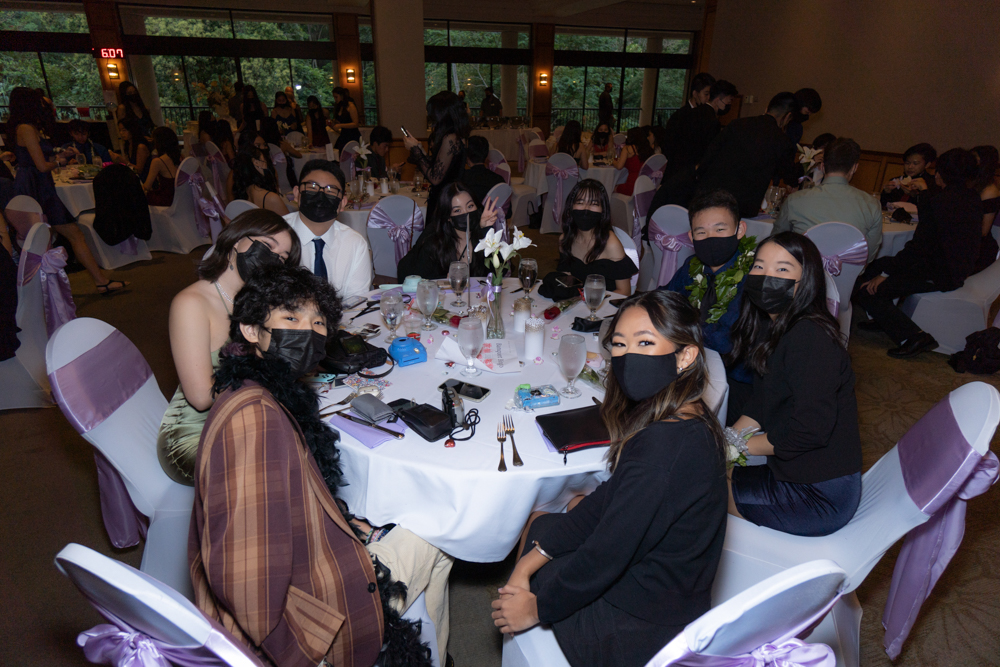 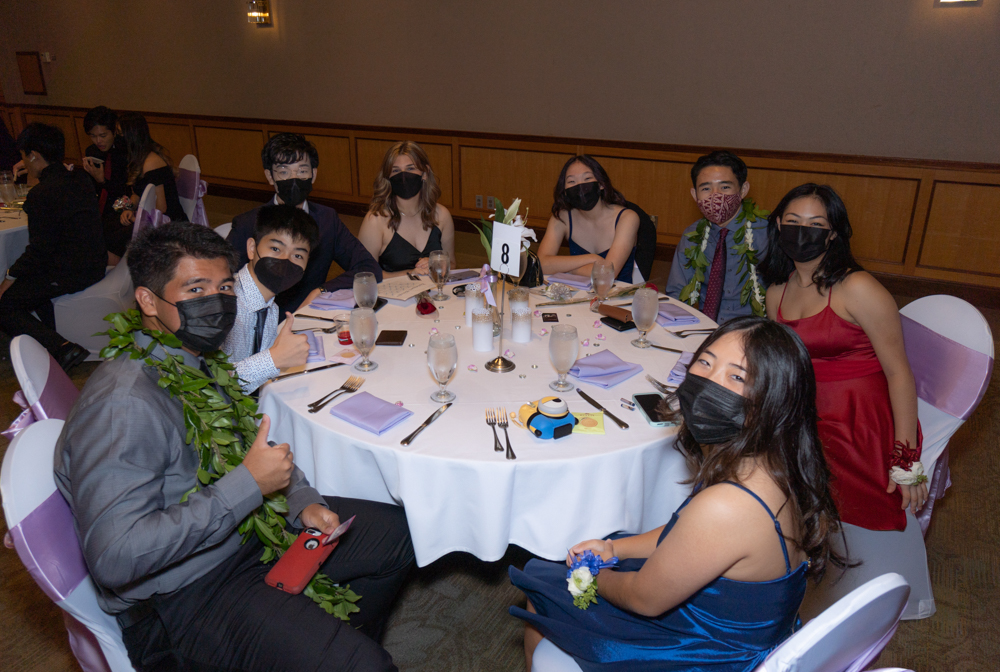 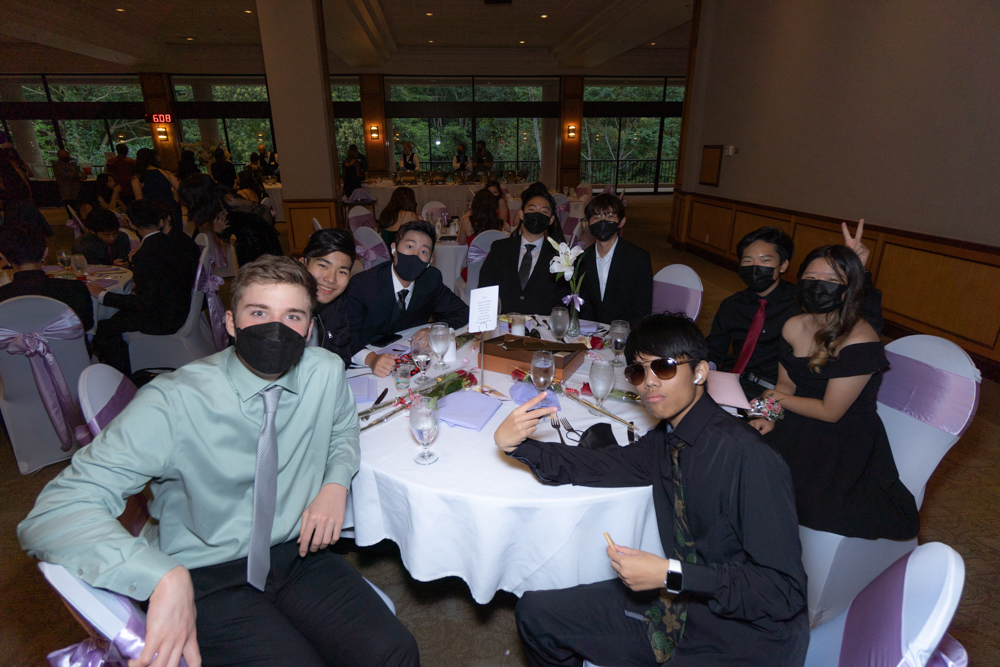 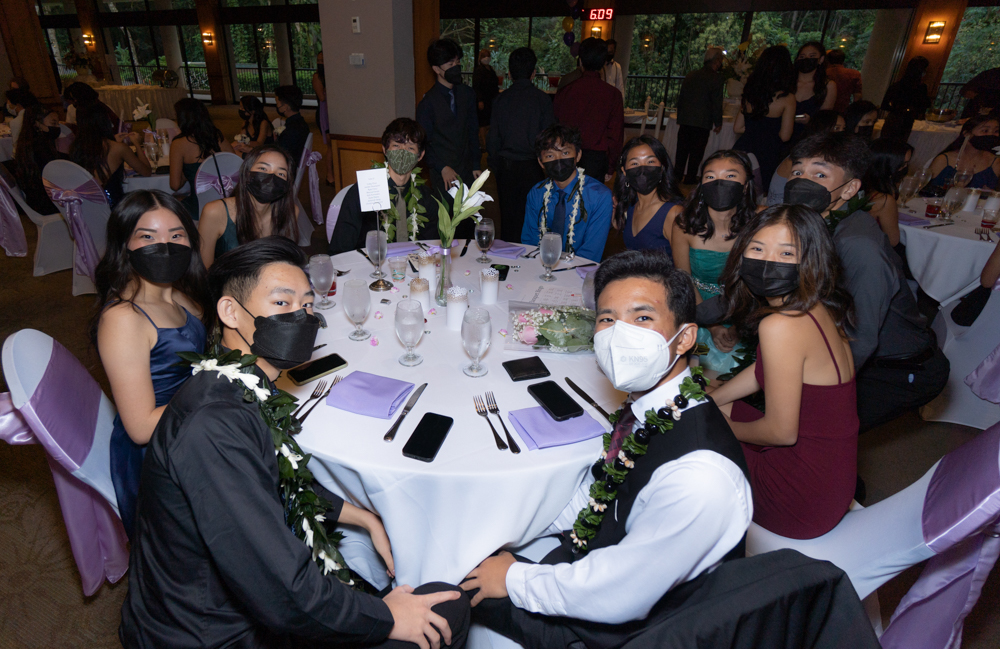 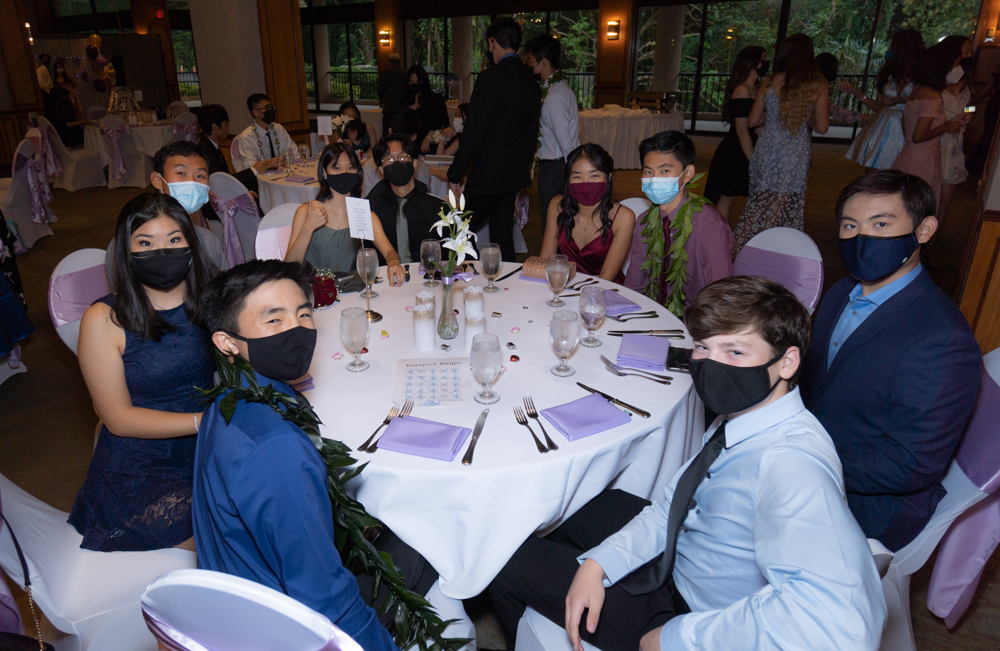 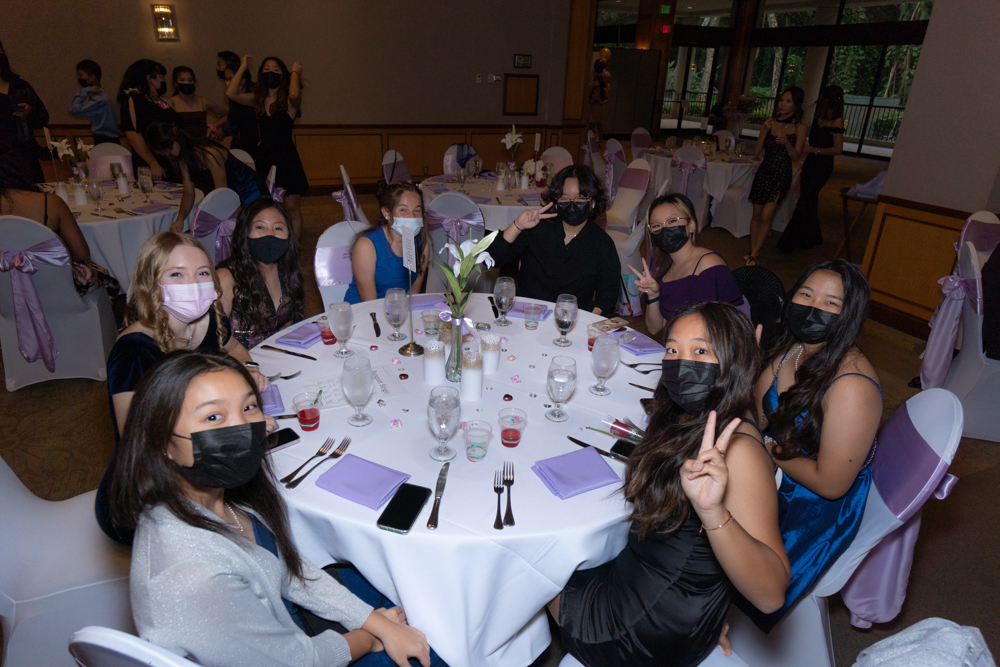 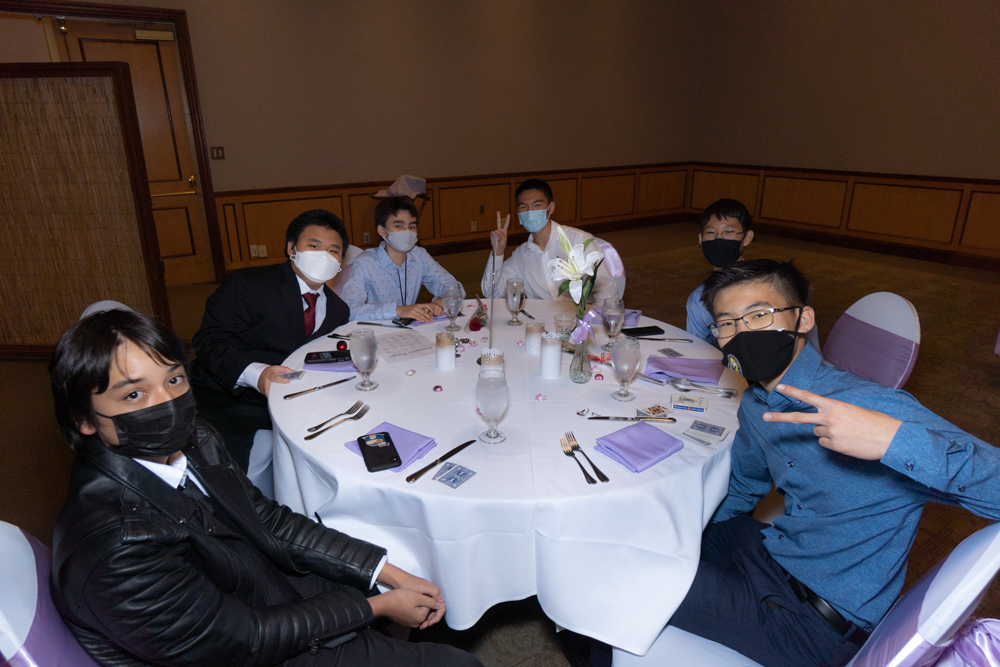 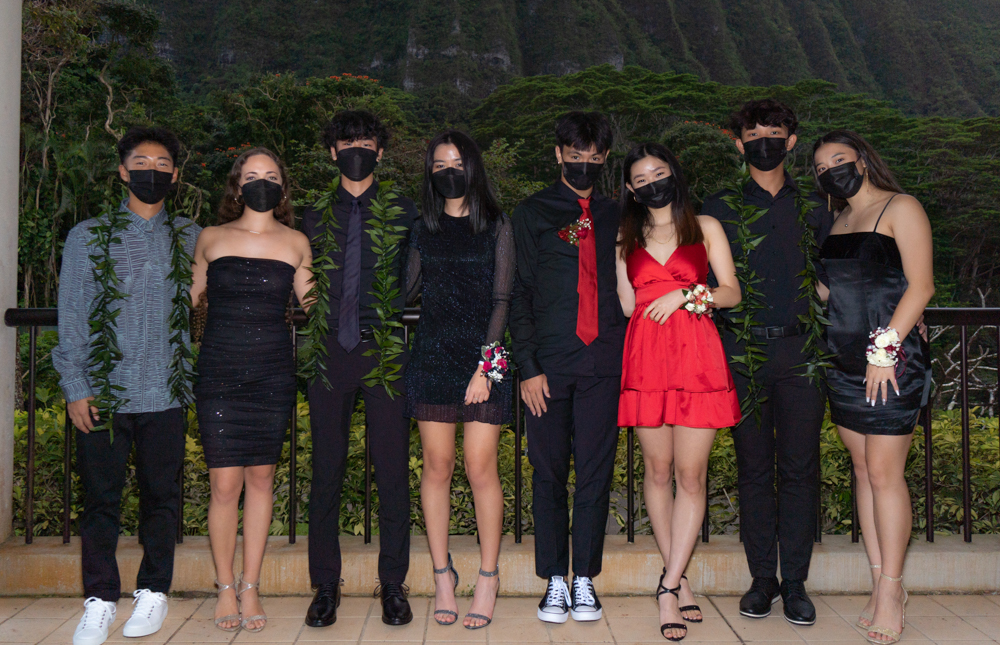 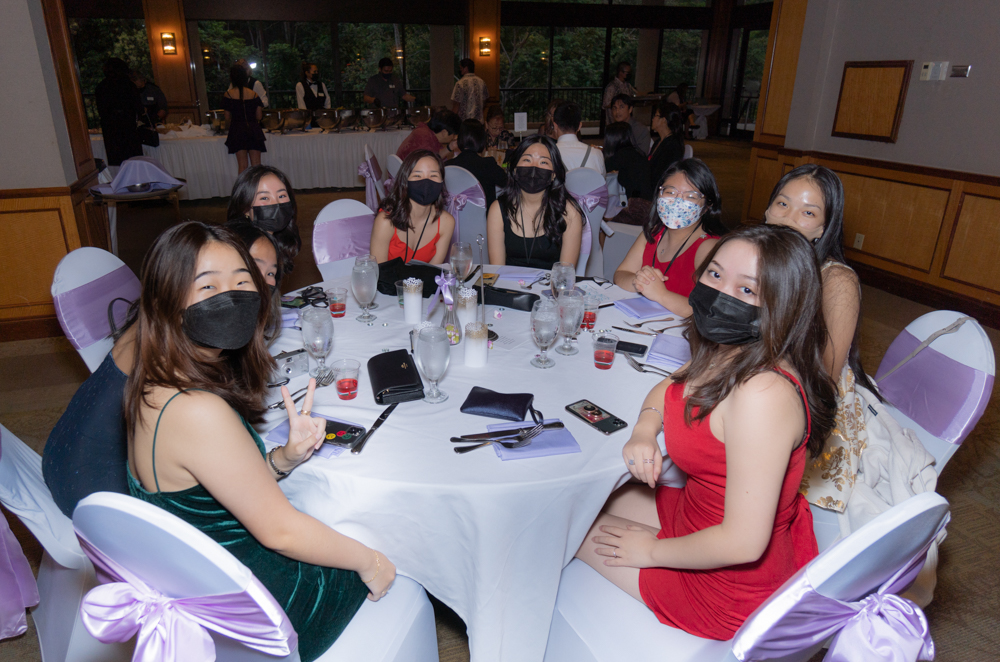 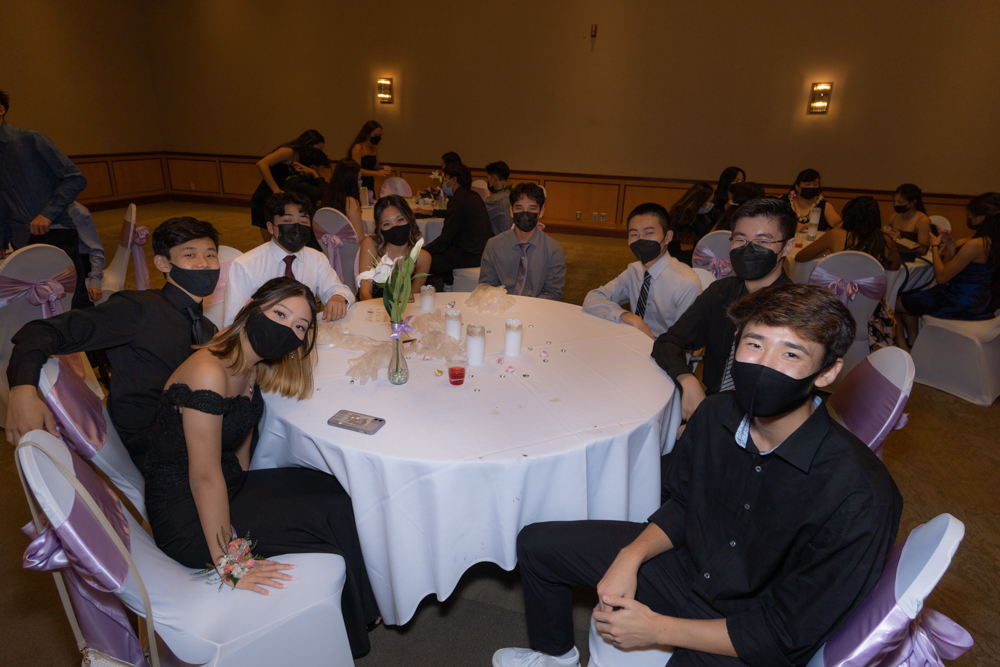 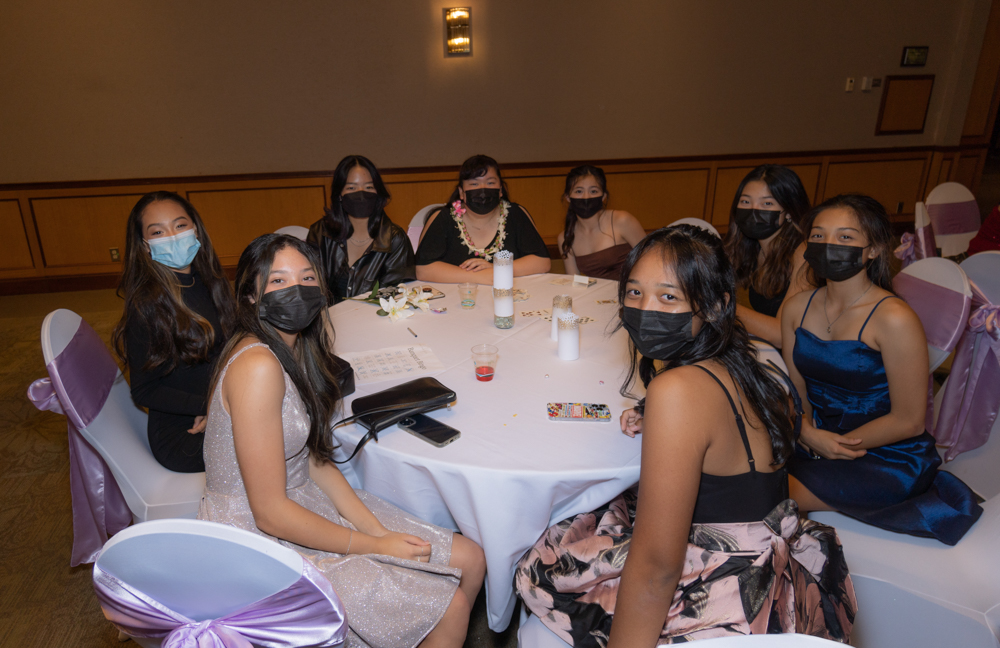 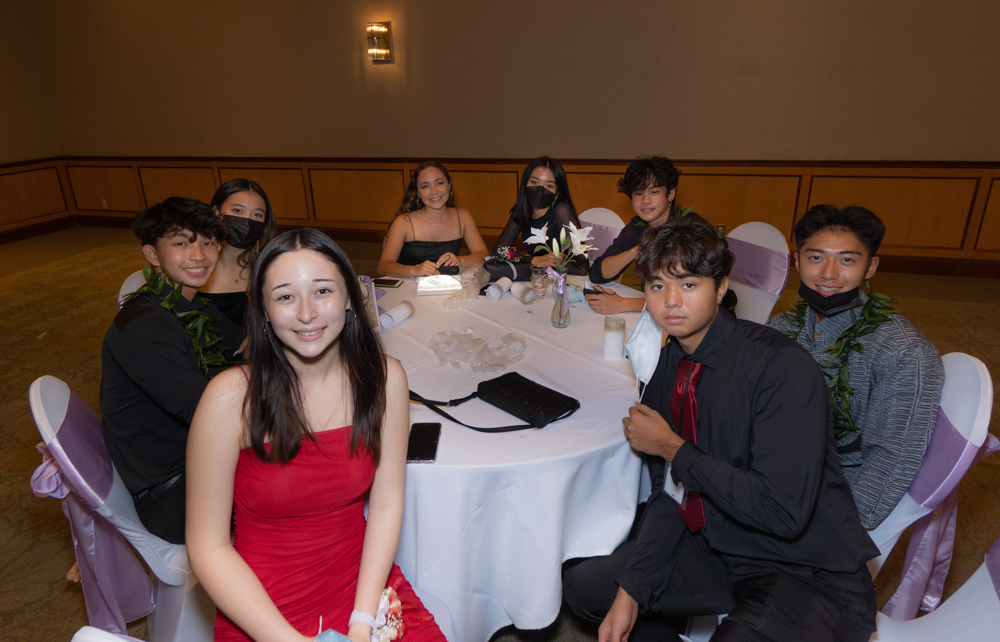 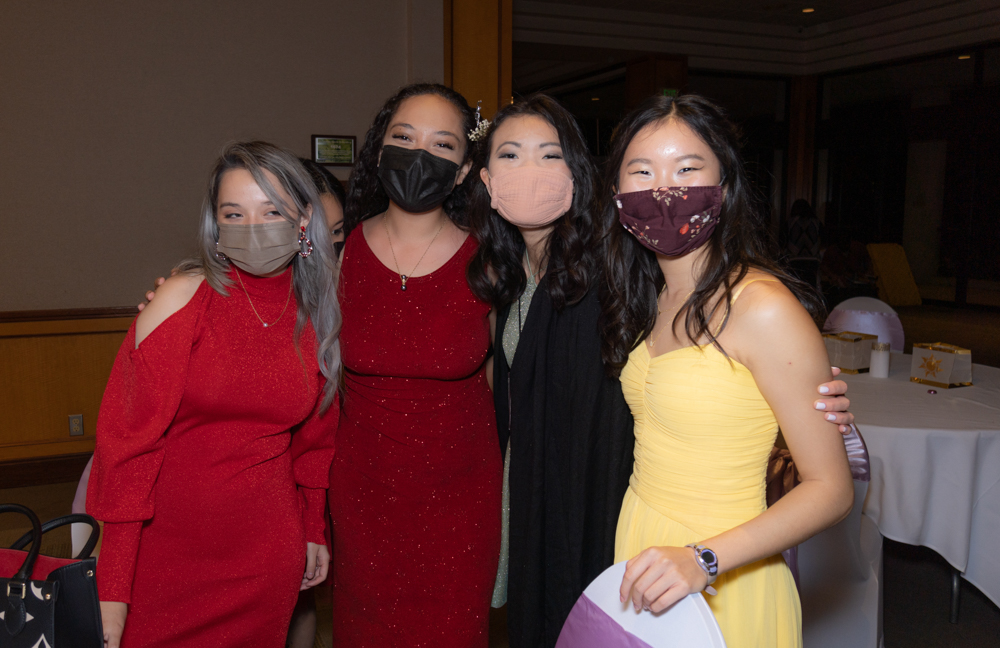 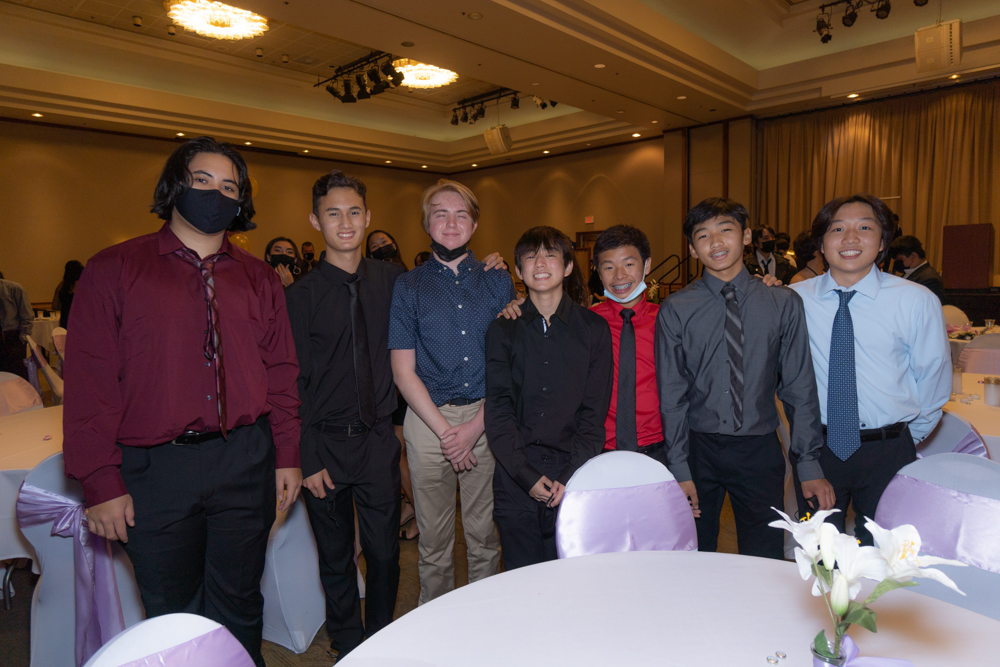 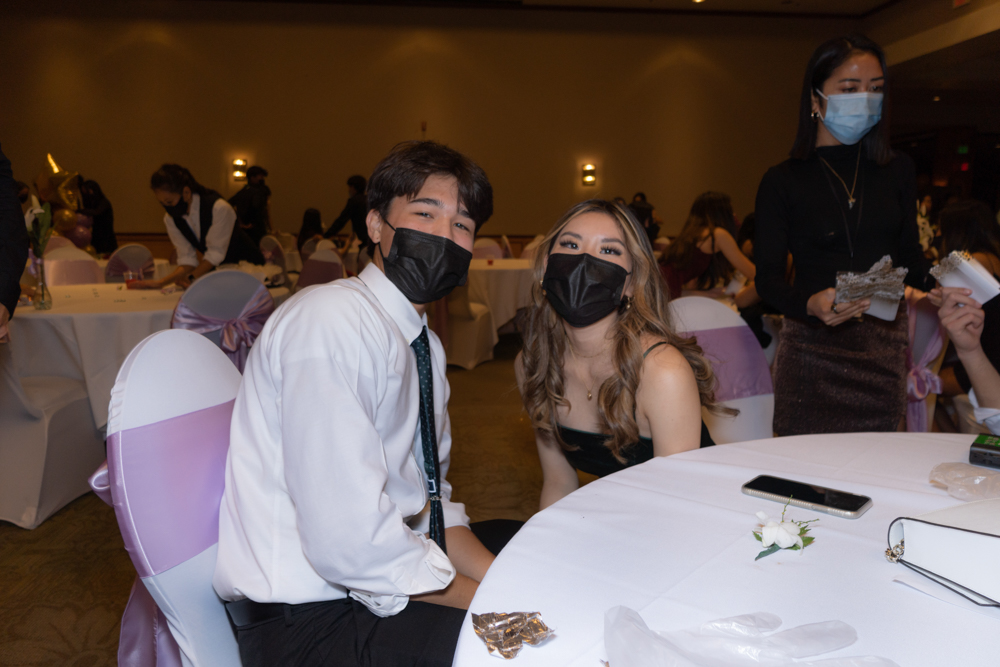 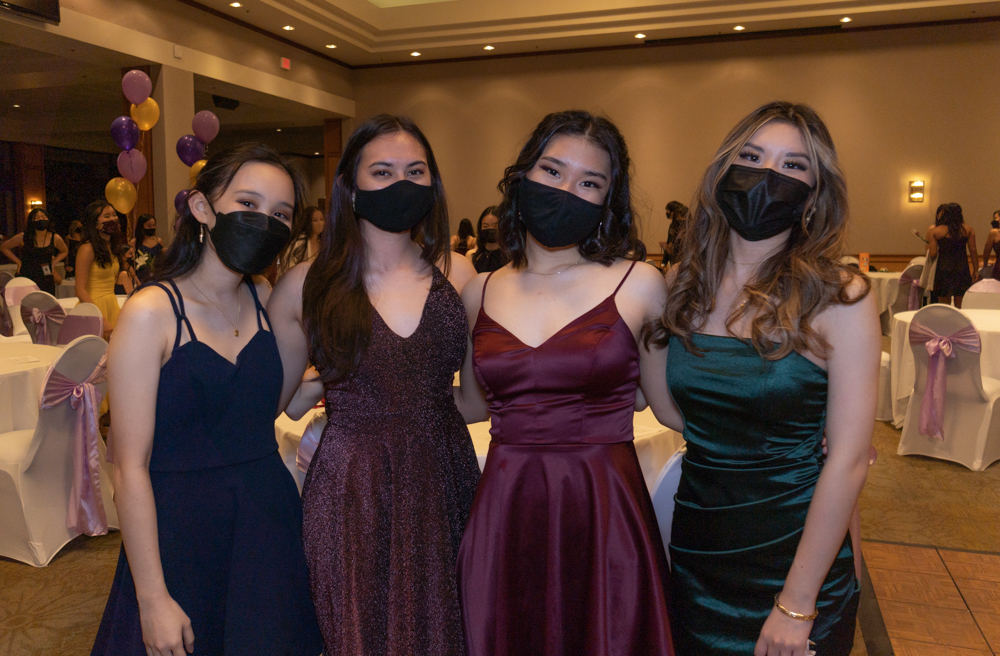 And Then There Were 35