Not even a missile attack alarm was going to stop HBA math teacher Aaron Kondo (‘05) from marrying HBA alum and coach Nina Cheong (‘09).

The threat was sent out to Hawaii residents and tourists on January 13 less than two hours before Kondo and Cheong were supposed to get married on this exact date.

Cheong never imagined that she would be running down 11 flights of stairs holding her soon-to-be husband’s hand on the day of their wedding.

“When we heard Aaron and the other groomsmen yell and knock on our door, we all dropped what we were doing and headed downstairs,” Cheong said. “I remember Aaron giving me a hug and holding my hand as we ran down 11 floors of stairs together.”

Just before the alert was sent out, Kondo was getting dressed while Cheong and her bridesmaids were putting the final touches on their hair and makeup.

“They were just about to put my hairpin on,” she said. Then the alert was received on her photographer’s phone.

“[We] were all shocked and confused,” she said.

It was reassuring to get a hug from everyone, knowing that we were all together and safe.

Everyone who had already arrived at the hotel went to the basement along with the wedding party.

“When we were reunited, I remember both of our parents were emotional,” Cheong said. “It was reassuring to get a hug from everyone, knowing that we were all together and safe.”

The false ballistic missile threat also affected some HBA faculty members and guests planning to attend the wedding. Davis Tsuha (‘17), who attends University of California-Davis, flew back down to Hawaii to attend their wedding.

When Tsuha received the alert, multiple thoughts crossed his mind. He thought about his sisters that were still on the mainland, the rest of his family that lived around Oahu, and the future of America.

“I felt a sense of irony since I had gone through a lot of trouble to come home just to be killed,” Tsuha said. “I was [also] sad that Kondo and Nina wouldn’t have the opportunity to get married if the threat were true.”

Once the alert was confirmed as false, the couple and their friends and family were relieved and went back to getting ready.

“Surprisingly, [the wedding] went well. After all of that, everything was still on time and pretty much according to plan,” said Kondo.

Now that the couple is officially married, they are now looking forward to this new chapter in their lives.

The couple plans to strengthen their relationship by “getting to know each other better and going to church together and serving the church together.”

After a rather unusual start to their marriage, they are ready to settle down and do the “normal” things married couples do.

In the short term, they say this means doing things like “finishing the invitations or doing thank you cards” and in the long term “to be stable enough to one day eventually have kids and raise them well.” 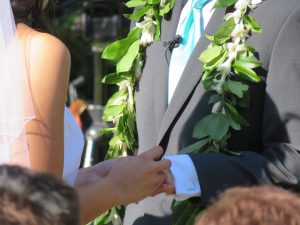 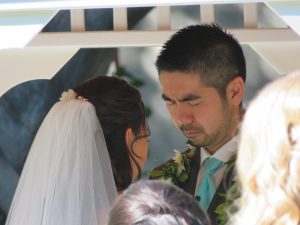 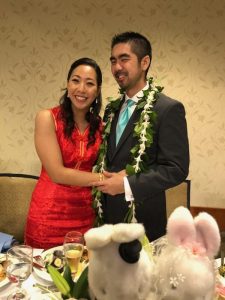 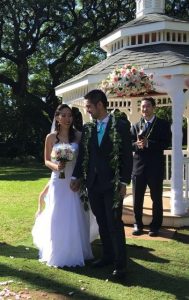 Environmental Class Learns from the Past

I Want You To Vote!

Ministry Team Gets Refreshed at Camp