Just as a precursor to this post, it won’t be just me insulting myself again.

But you have to admit, laughing at me deprecate myself in my last post about how not-interesting I am was pretty enjoyable. Anyway, this week’s post is about my sister who just went off to college.

College. It’s been a thought in the back of my brain since the sixth grade. My mom always told my sister and I that we should go away for college because there are better opportunities outside of Hawaii. She also says that my sister and I are extremely sheltered, which is true.

My sister just moved into her dorm at the University of Hawaii at Manoa this past Tuesday, despite my mother’s plan to send her to Stanford Medical school. I think she got a pretty good deal on college though. She got the Regent scholarship so she basically gets paid to go to school. She is also in the Direct Admit Program (DAP) for the Schidler School of Business so she gets to go immediately into the business school without having to take all the pre-requisite classes. Here’s the article HBA wrote about my sister if you want to read it: “Shannon Mau ‘16 receives UH Regent Scholarship”

A really big plus side to having Shannon gone is that I don’t have two strong willed people telling me what to do. “Marcus wash the dishes.” “Marcus wipe down the shower.” I’m pretty lazy so I don’t like doing dishes after dinner and wiping the shower because I’m stressed out about my assignments that are due the next day that I haven’t even started on. Two women versus one, weak, battered boy. Seems fair right?

My sister does come home occasionally so I figure that I won’t be missing her too much. I got to go to her dorm at U.H. and walk around the building. It’s not super nice but I think it looks better than my tornado room. If you’ve ever seen Hoarders on TLC, you know what my room looks like.

[one_third]I used to be totally OK with the idea of my sister going to the mainland for college.[/one_third]

We went last week Saturday to spend her meal swipes at “The Market” which was really nice. They have little cups of gelato and ice cream, which were extremely overpriced but very good. Unfortunately, my mom said we’re never going to do that again.

The most ironic thing with the whole situation is actually when my sister comes home. You’d think my mom, who cried the night before Shannon left, would be elated to see her sitting on the couch watching TV right? Nope. My mom walks in and sees that the toilets are still dirty, clothes hasn’t been folded, and the trash isn’t taken out (chores aren’t really my thing). It’s almost like their arguments are worse now than they were when my sister still lived at home. Luckily for my sister, she gets to go back to her dorm, leaving me to receive “the wrath of mom”. If you ever read this mom, know that I’m only doing this for class so it’s nothing personal.

I used to be totally OK with the idea of my sister going to the mainland for college. I savored the idea of being able to lay down and take a nap without someone yelling at me to do something. The past me would think it impossible to ever miss Shannon. She sheds hair like a dog (it’s pretty hard to see since her hair is pretty fine and it blends in with the carpet so when it gets into my clothes and school bags, I don’t notice until later) and leaves her stuff all over the place. Plus, who would miss the nagging and scolding and angry texts and voice messages? 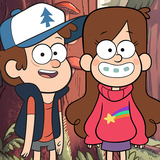 But if I’m honest I do miss her. Even though I get super mad at her and yell and want to blow her off the face of the earth with heat vision, I get talk nerdy things with her like Gravity Falls or music. She also plays basketball with me which is pretty fun even though I’m a head taller than her. I can talk to her about things my mom doesn’t know about like Abbysrium (nerd-fish game, very fun, download it) or what happened with who at school.

I remember being really little and my parents getting a divorce. We had to go on visits with our dad for an hour a day. I remember being so frightened some days that I wouldn’t want to go. My sister shared my feelings but she went inside the building anyway. Thus, little Marcus followed his big sister towards the complex where dad waited. It was really scary but my sister was always there.

When Shannon still lived at home, she used to roast me every day. It was always fun to hear what she’d say. Usually if I insulted her first, she would come back and tell me how my grades were and still are inferior to hers, which is true. Sometimes, when I get C’s or D’s, her and my mom totally get on me about how I can be doing better and that I can’t be fooling around like that. It got old very fast. Sometimes, she teams up with my mom and boy is that fun. But when she is plays the “good cop”, she helps me out a little by saying that I can bring my grades up or telling my mom to calm down.

I hate to admit it but my life is modeled (or at least planned to be) a lot after hers. She introduced a lot of music to me. She taught me how to throw a football (I still can’t do it) and shoot a basketball. She was brutally honest about how awkward I am, how bad my posture is and about other idiosyncrasies I have. I’ve always been chasing her grades so I don’t become the underachieving little sibling. I even did Algebra 2 honors so that I’d have a chance at catching up to her. I’ve finally conceded to the fact that I’d never be able to catch her. When we were little we used to play “mini-basketball” on one of those tiny rims you hang up on a door. Even though she would always beat me, she’d first tell me not to throw a hissy-fit. Then she’d say that eventually I’d beat her; I just had to suck it up and wait. I think that was one of the most valuable lessons she ever taught me. I’m also thankful that she told me to just take the scoldings and don’t argue when I get in trouble with mom.

Take The Edge Off College

The War of Love: Boys vs. Girls