The night of Homecoming involved two victories and one loss: On the basketball court, the Lady Eagles won against Saint Francis; the seniors were named Spirit Week champions; and the boys basketball team lost to Punahou by a small margin.

The Lady Eagles made their way to victory with a 3-pointer made by No. 15, junior Cydni Yoshida. In the first two quarters of the game, the Saints followed closely at their heels. The first half ended with a score of 26-17, in favor of the Lady Eagles. In the second half, the HBA girls made the point gap wider and wider, finishing with a score of 51-22, adding another victory to their winning streak. Senior Alexia Sanchez (No. 33) said, “I feel like all our hard work and practice that led up to the game paid off. The girls played well and communicated with the loud cheering of the crowd.”

Following the girls game came the boys varsity game against Punahou. Senior Maxwell Wiemken (No. 30) was the first to score. Both teams were neck and neck, with one team scoring and the other quickly responding. Punahou held on to their lead for awhile before HBA managed to score and tie. Despite their efforts, the HBA boys lost to Punahou 57-63. “I feel like we played our hearts out, every single one of us when we were on the court. We gave 110%. I think we could’ve made more of our free throws and handled their full court defense better, but there’s always room for improvement,” said senior Tony Lucuab (No. 3). Lucuab then added, “But I think that with all the energy inside the gym and all of the students, teachers, parents, and coaches backing us up, we made them proud.”

There was much anticipation heading into halftime of the boys game as students waited to hear the results of Spirit Week 2019. From first to last, the grade levels placed as seniors, juniors, sophomores, eighth grade, freshmen, and seventh grade. When receiving the Spirit Week Mana Cup, the seniors that were present all charged down to the basketball court from their seats and did one last cheer together. “Six points. The juniors were only six points behind us,” senior Shawn Tamashiro said to his classmates when they all returned to their seats.

As the evening ended with the boys’ loss to Punahou, the seniors abruptly stood up from their seats. Lead by Julia Oliveira and Breeann Yap (the senior mascots for Spirit Week), the Class of 2019 began to sing the HBA alma mater in an unplanned show of school spirit. As the rest of the gym joined in, many faces beamed with pride, even if the scoreboard didn’t go their way. 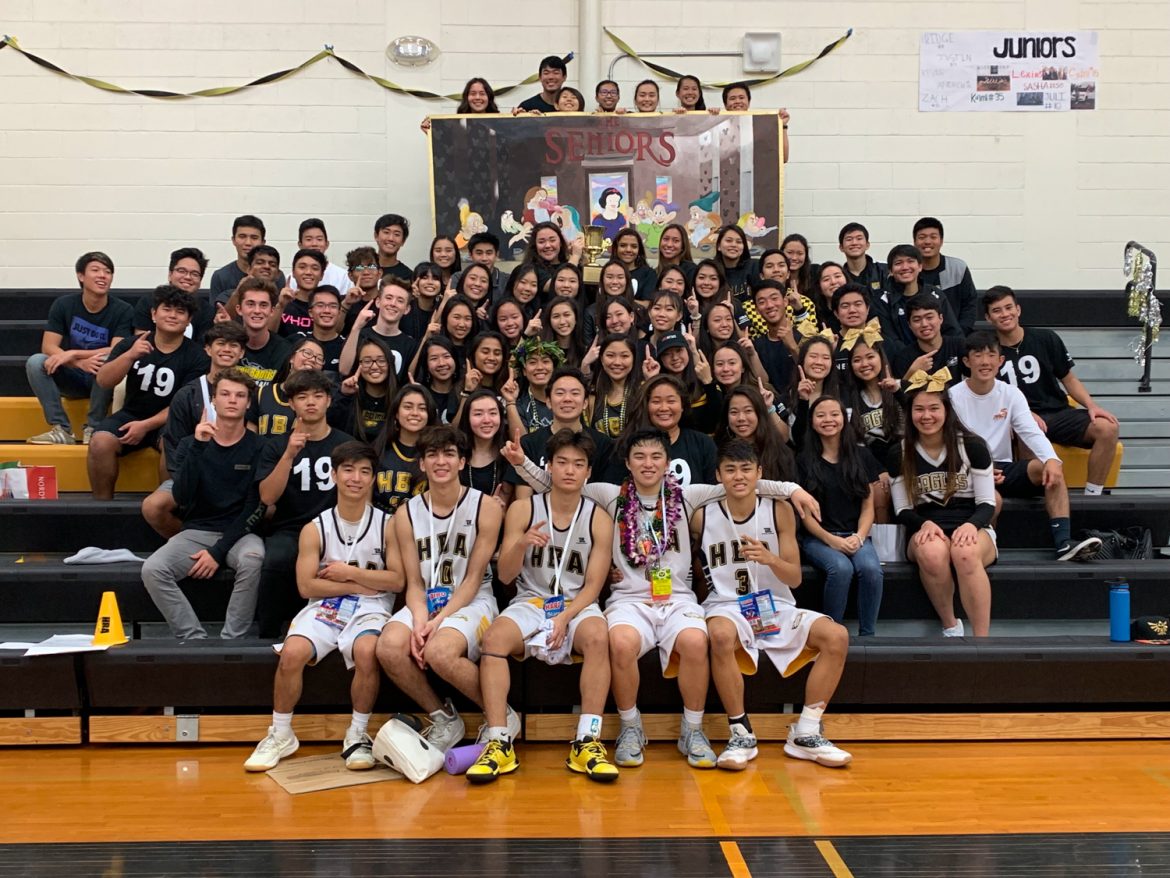 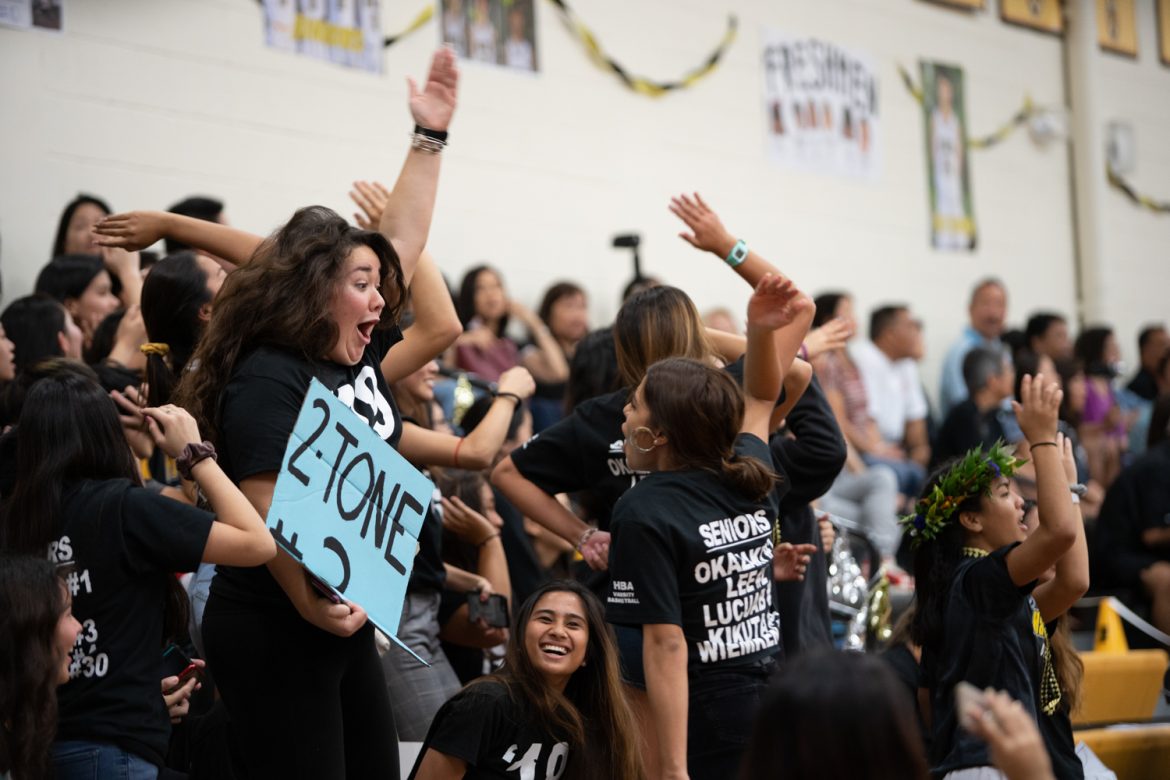 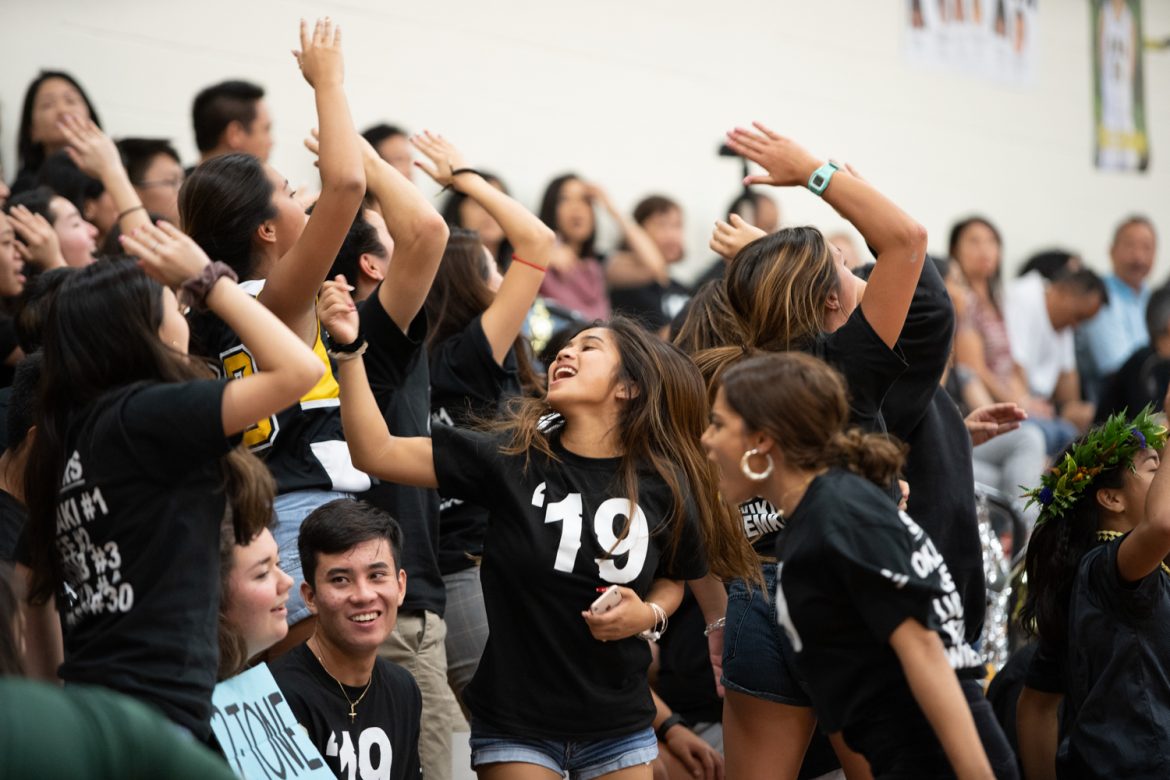 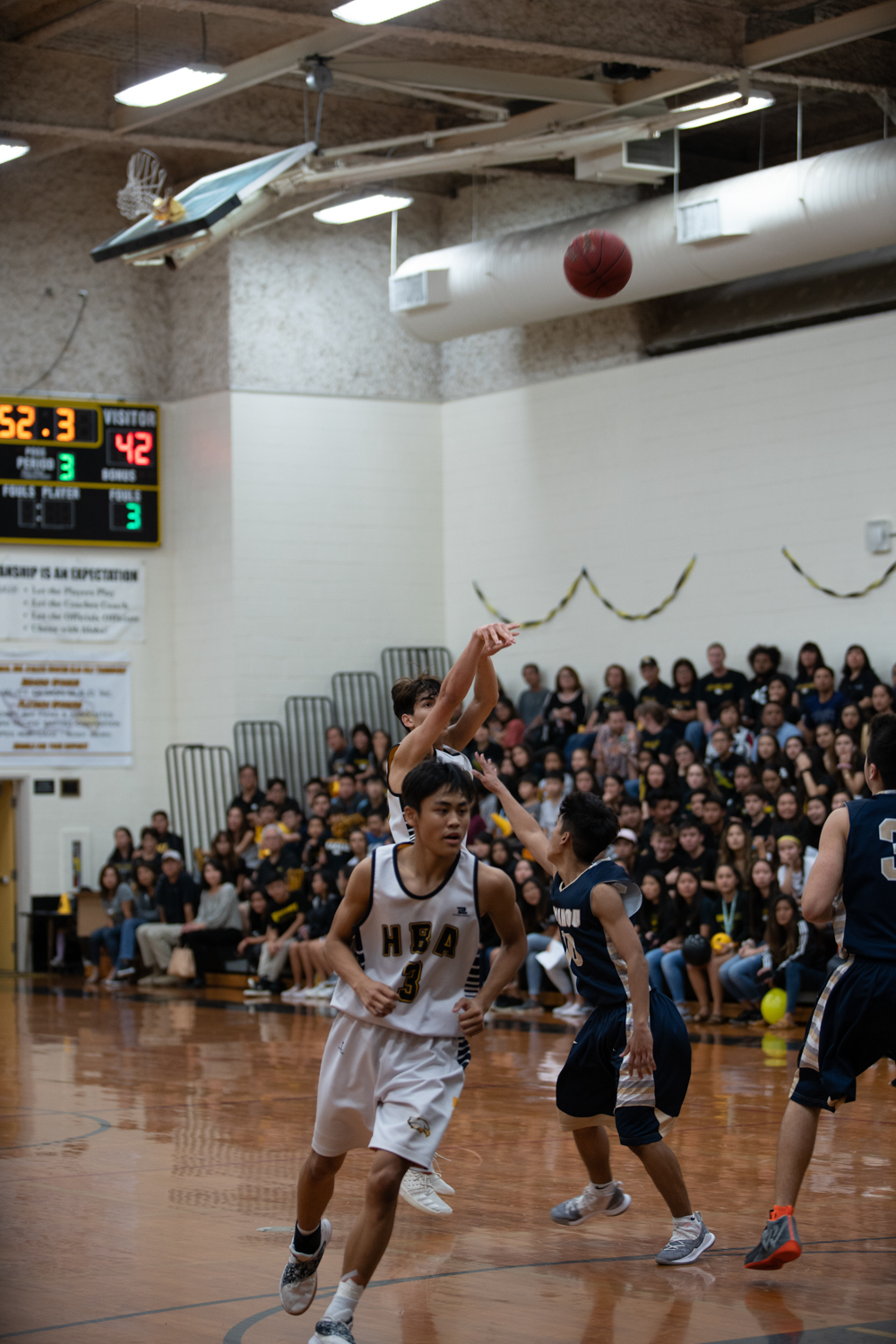 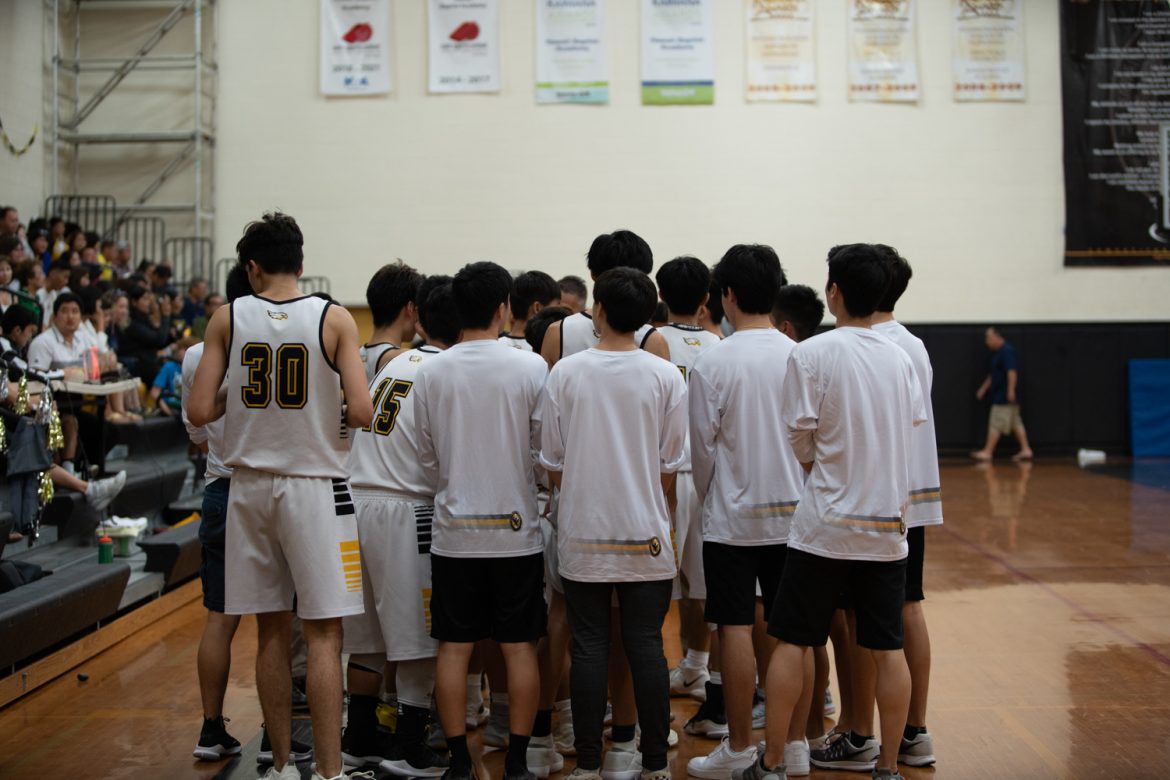 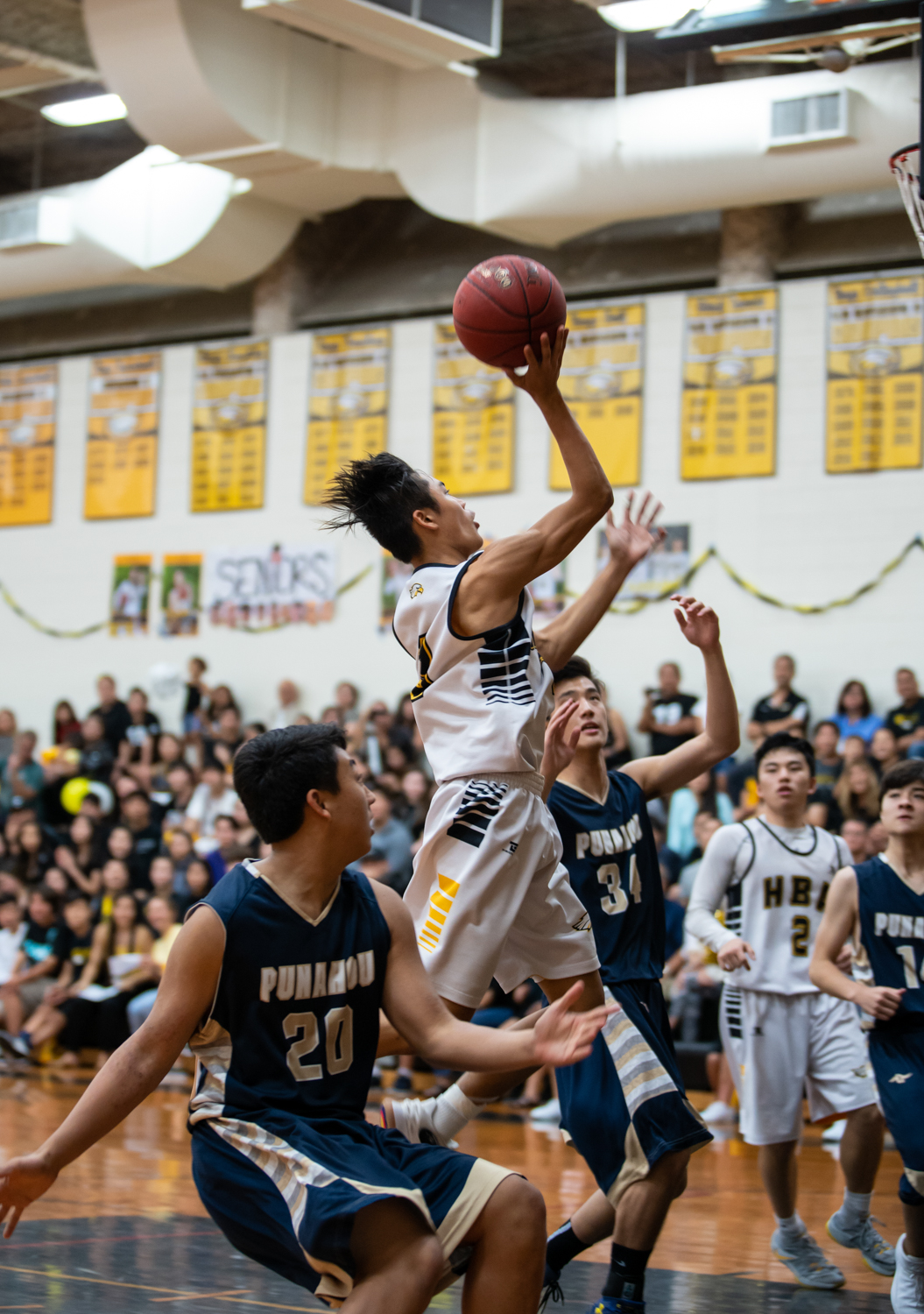 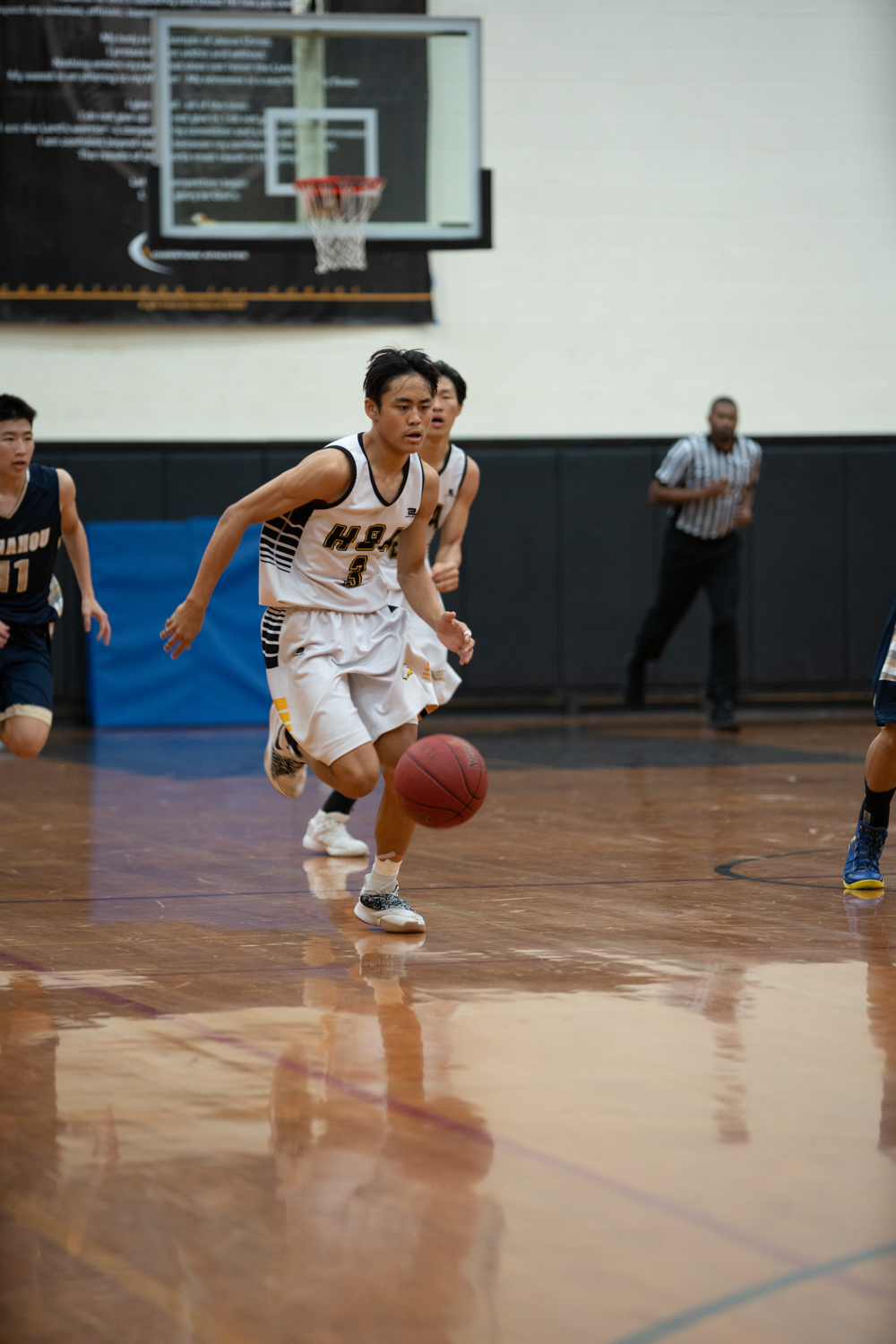 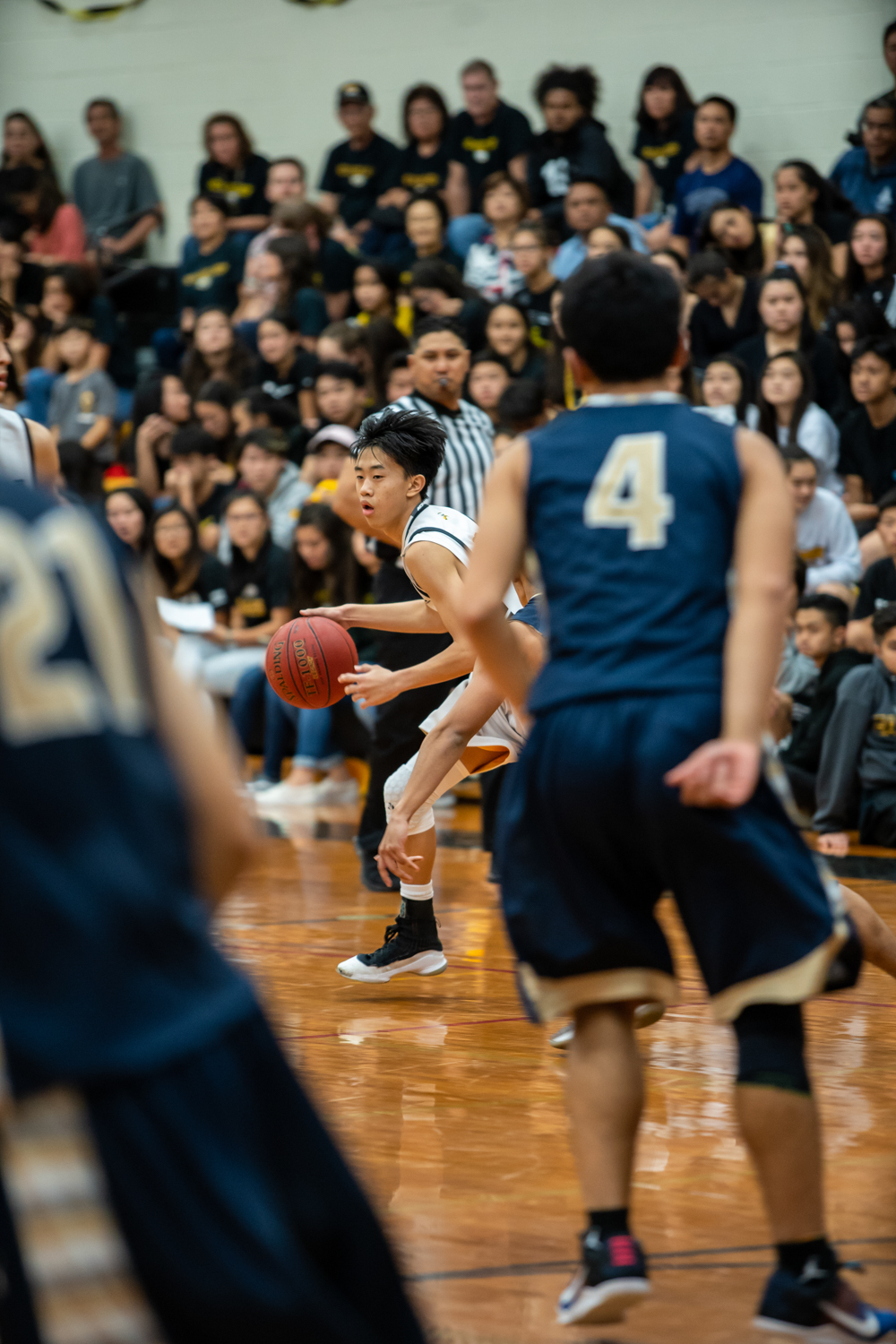 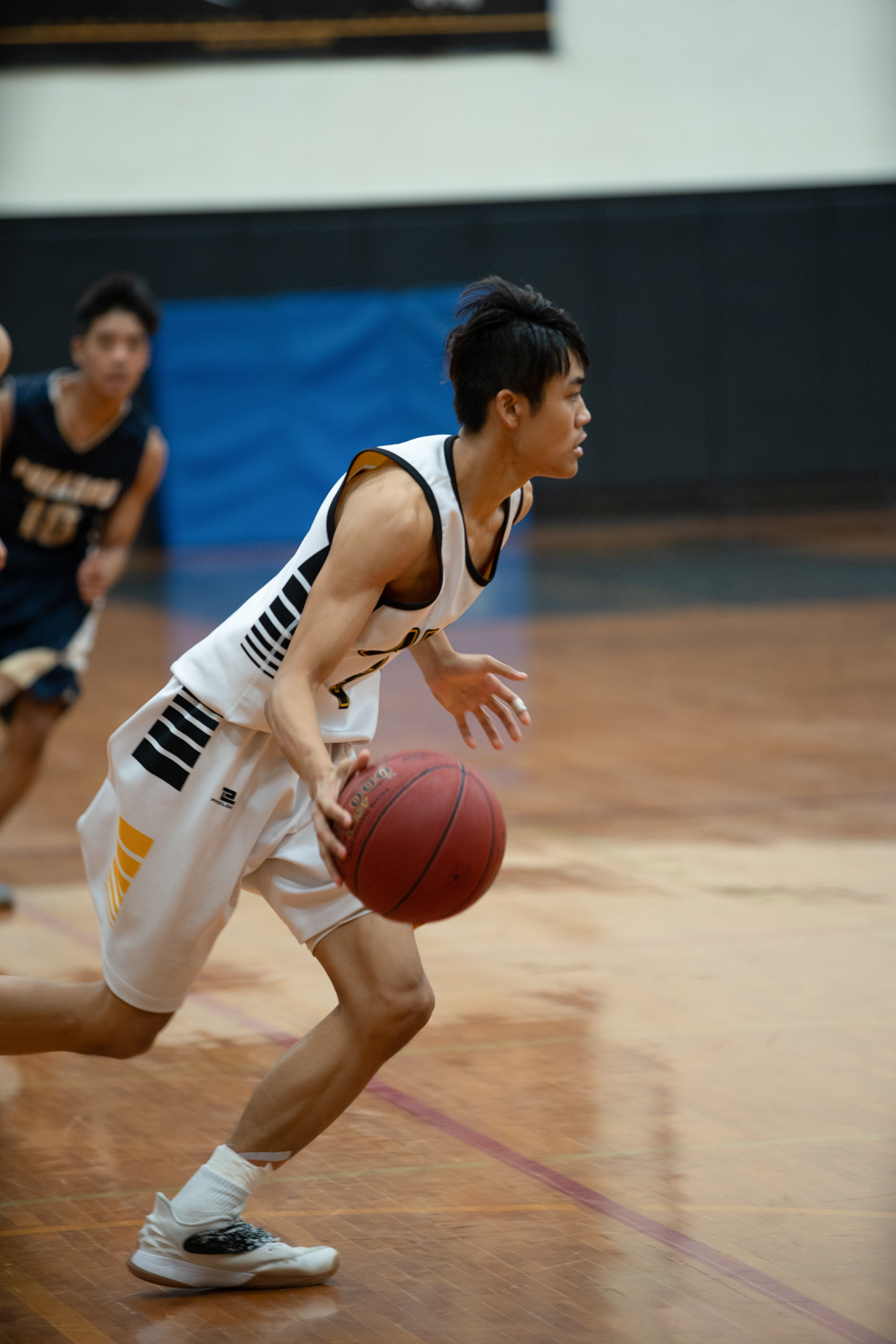 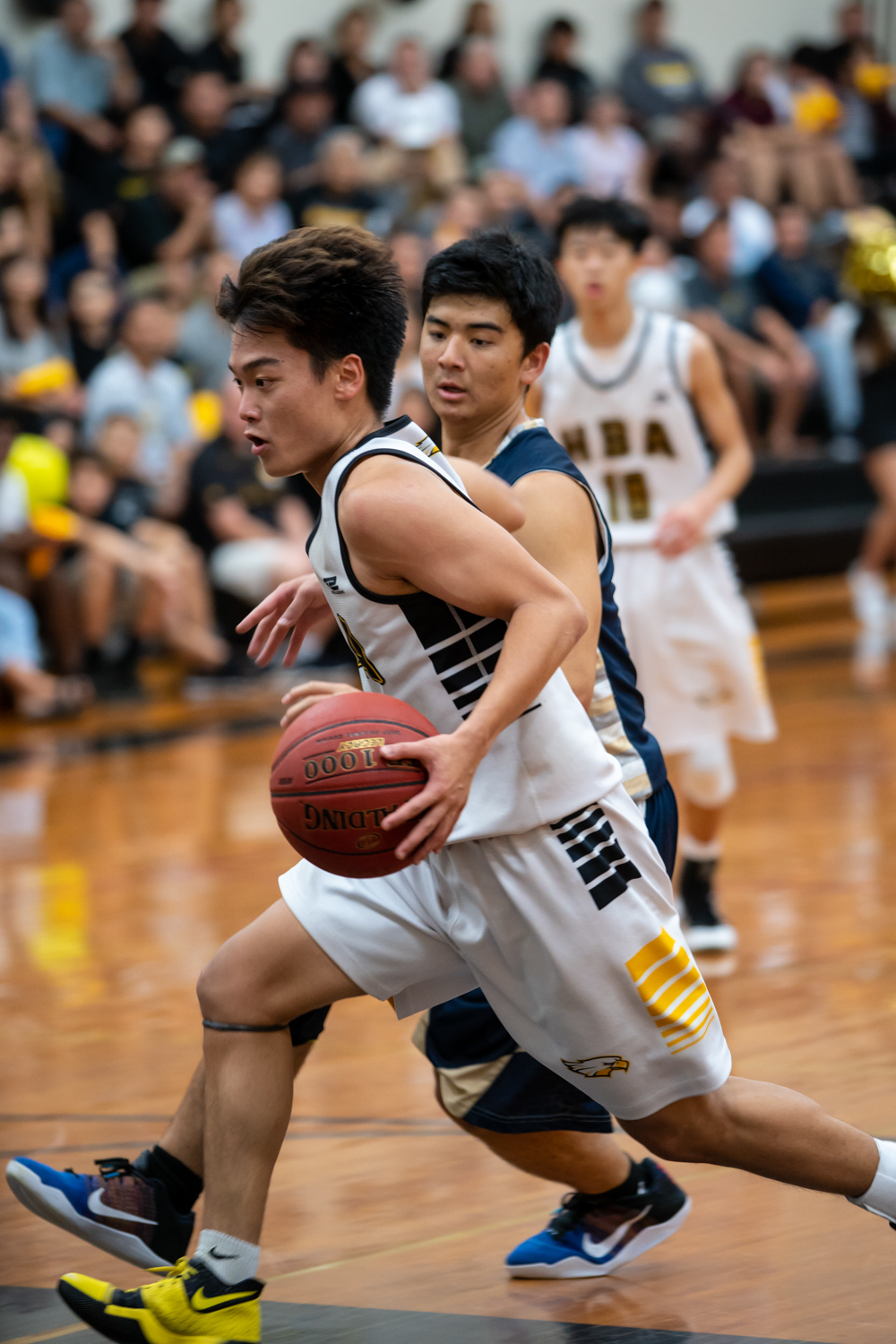 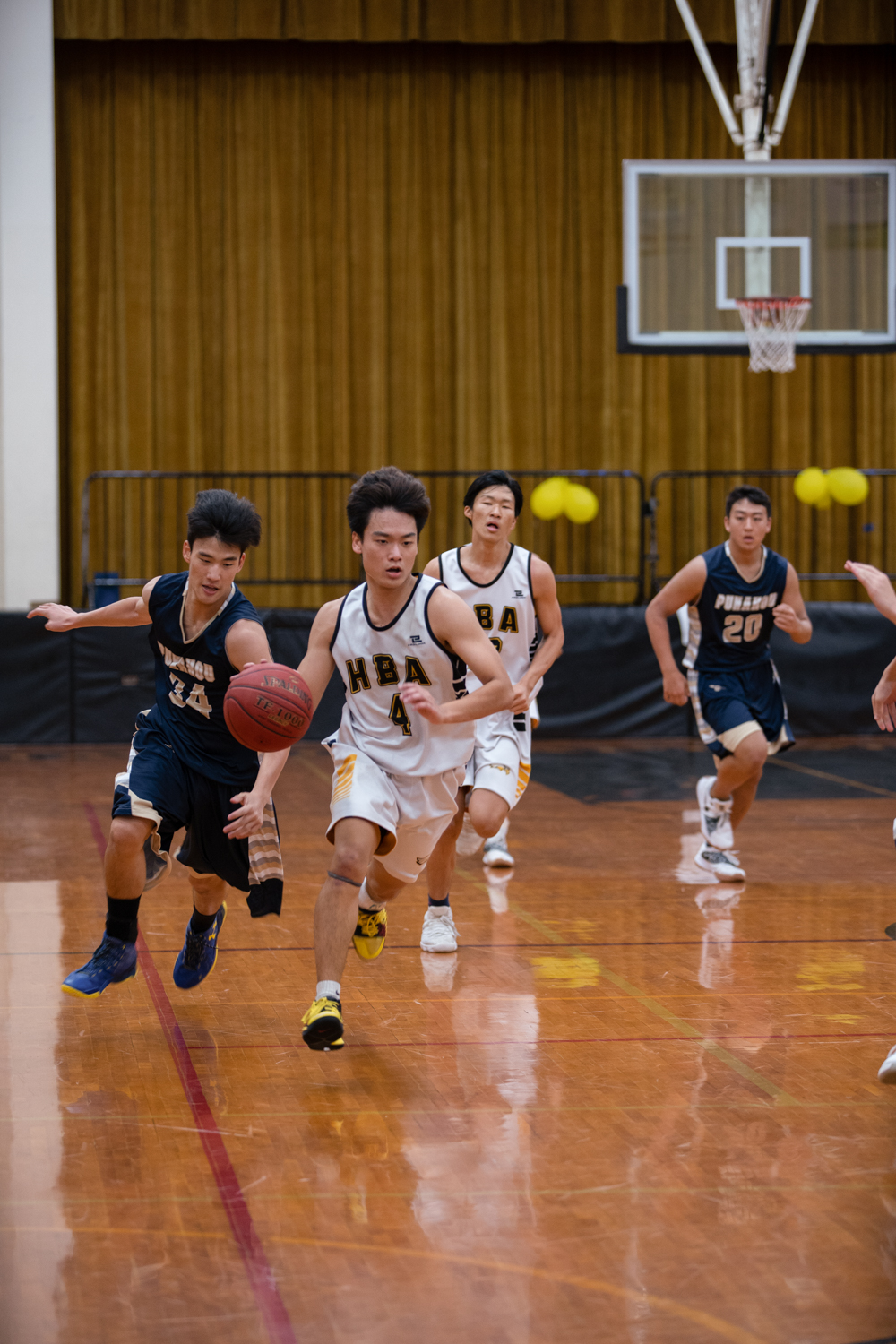 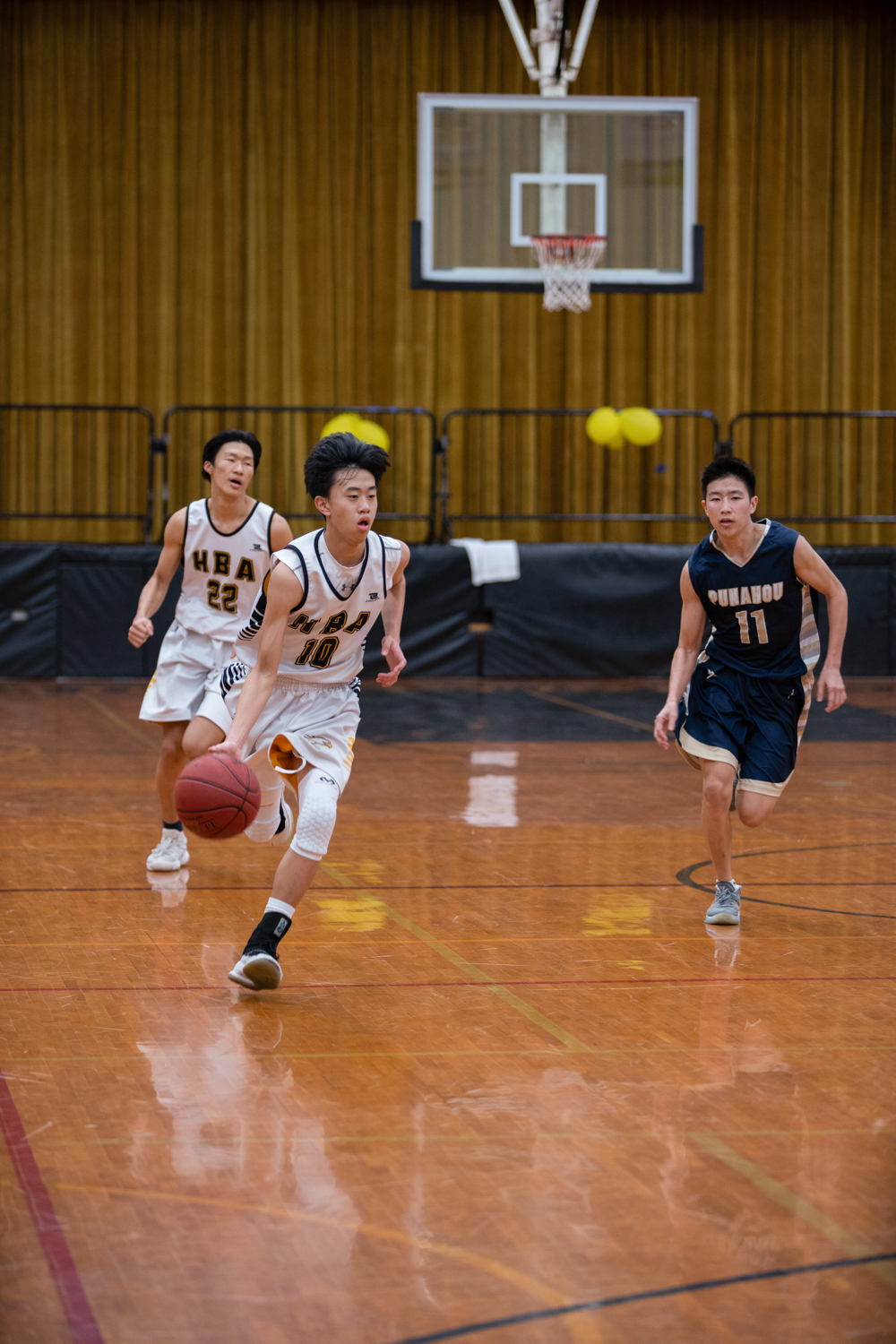 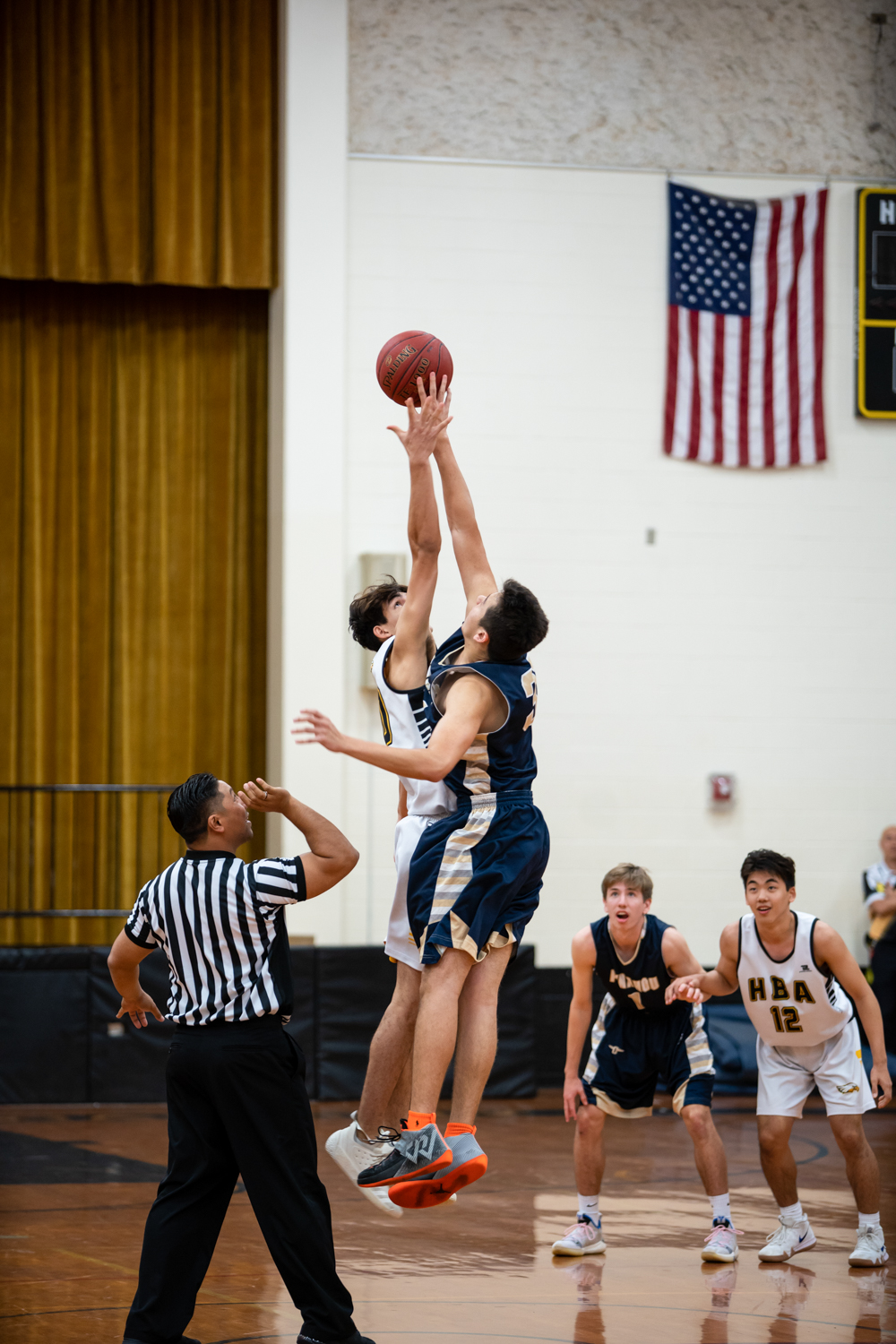 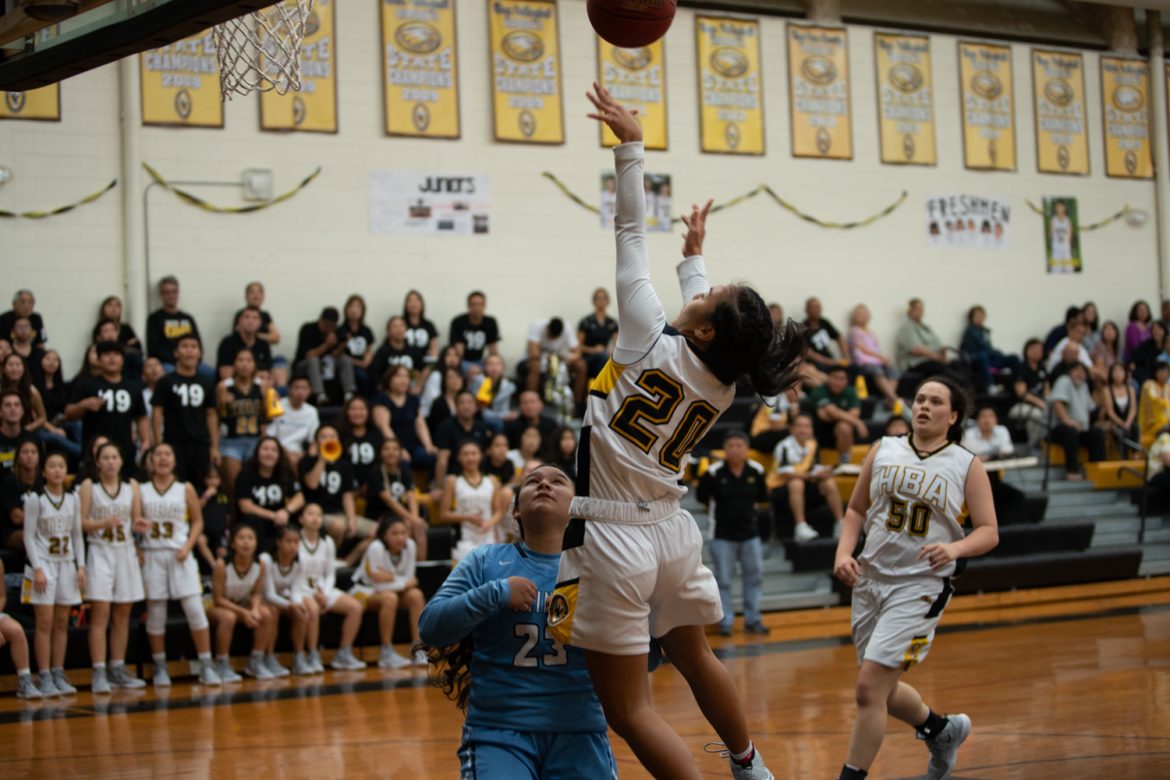 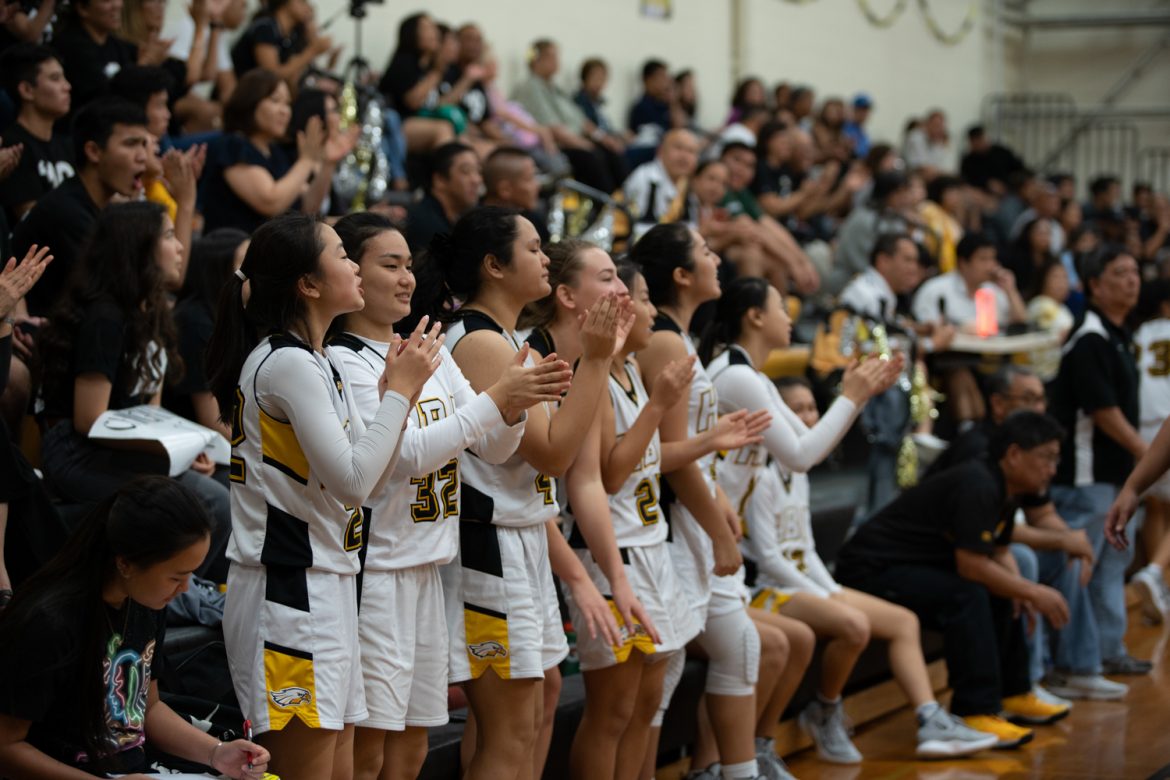 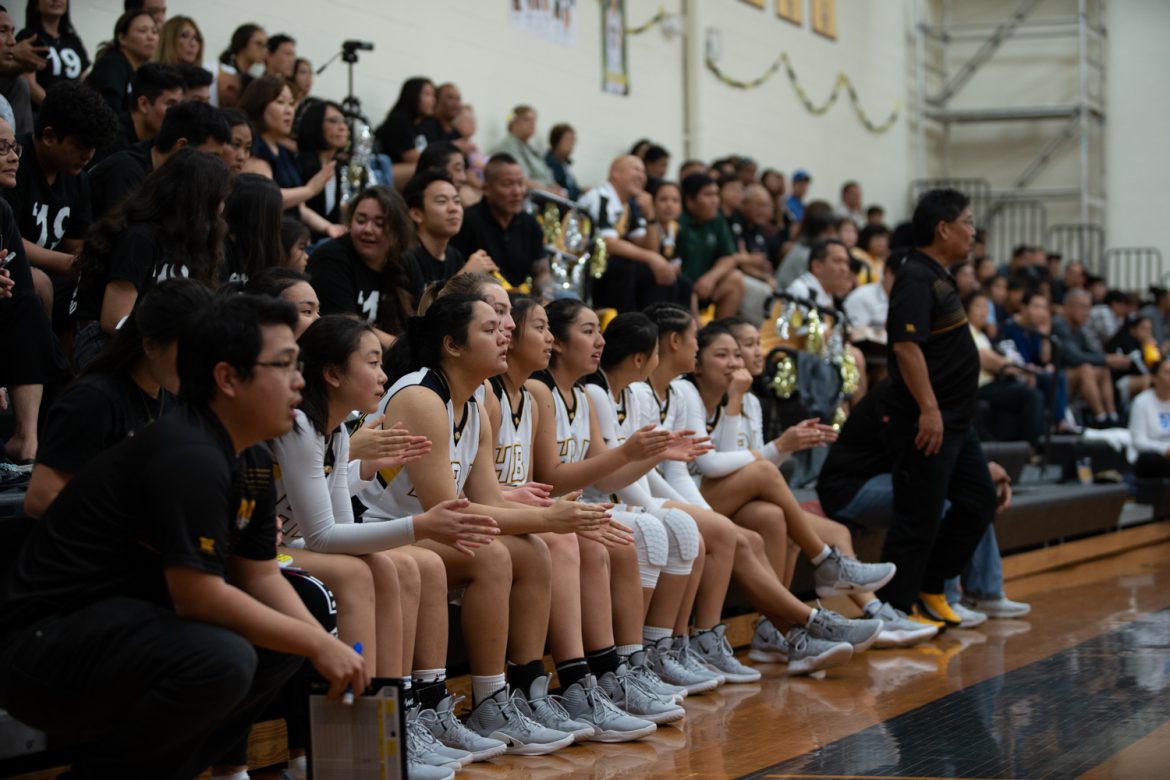 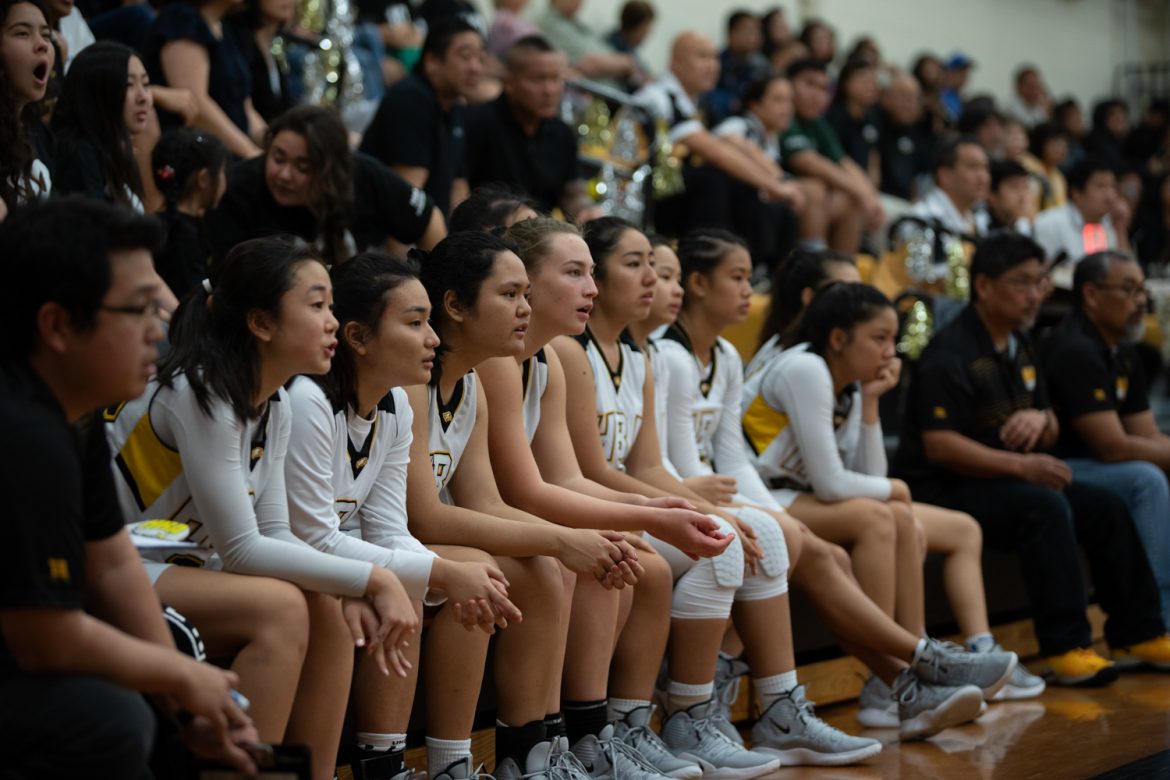 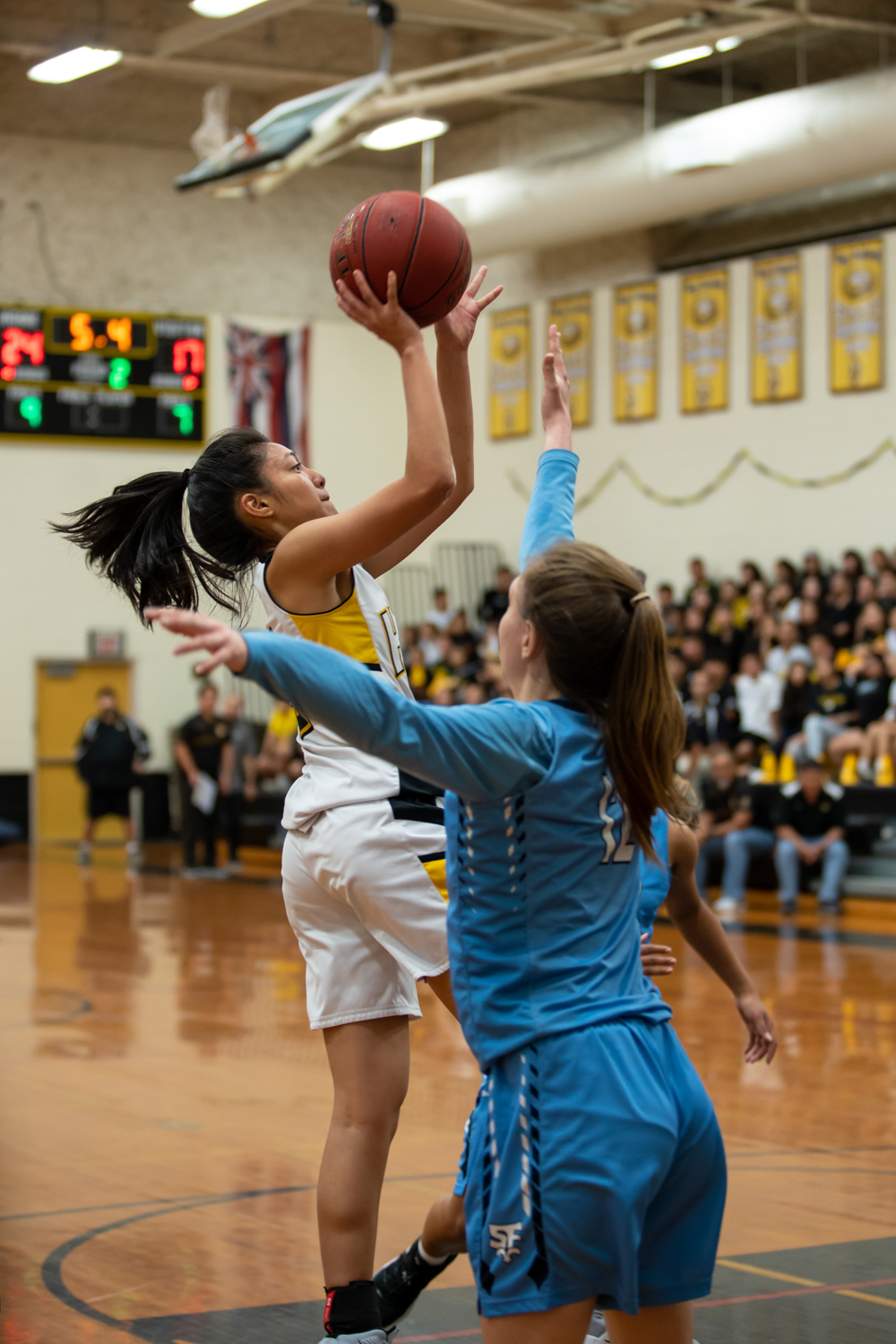 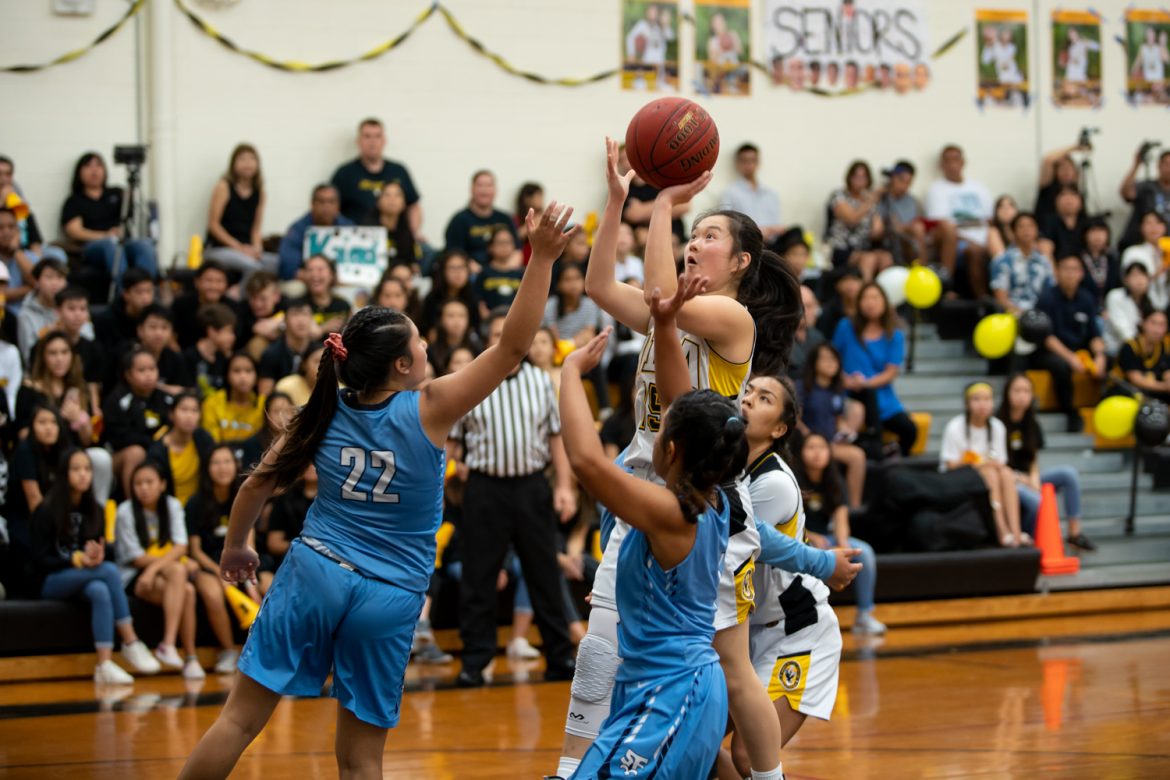 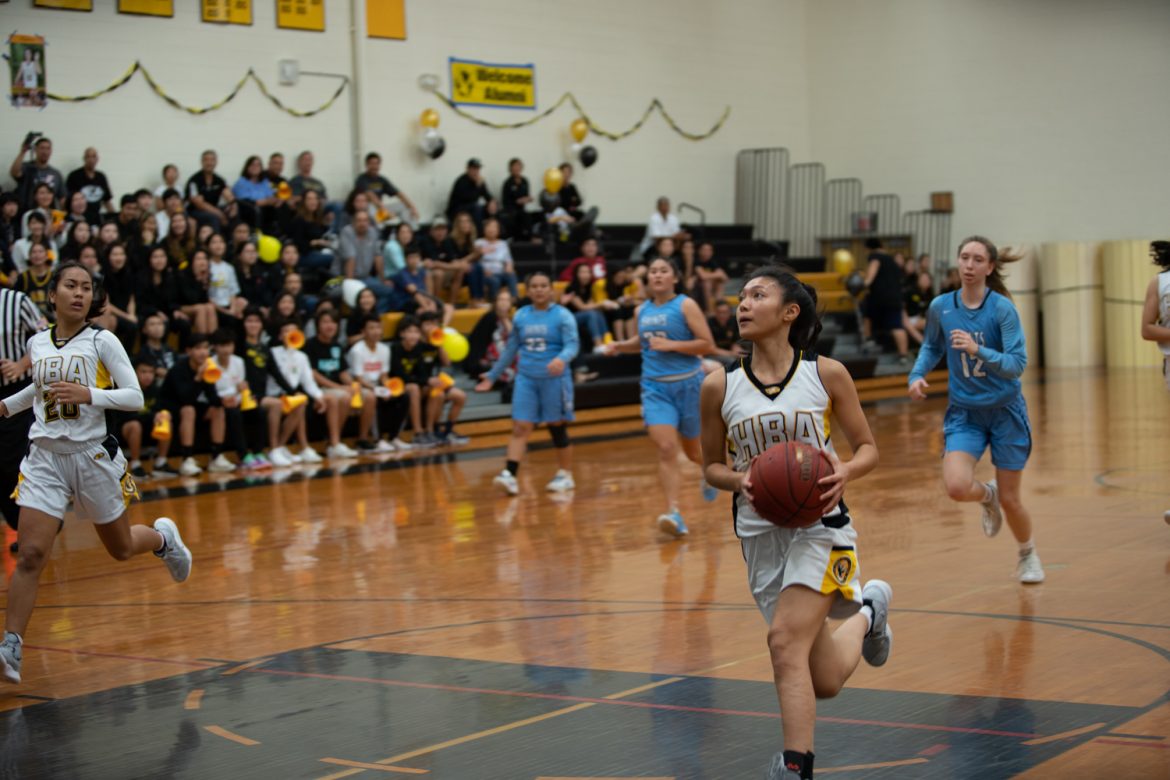 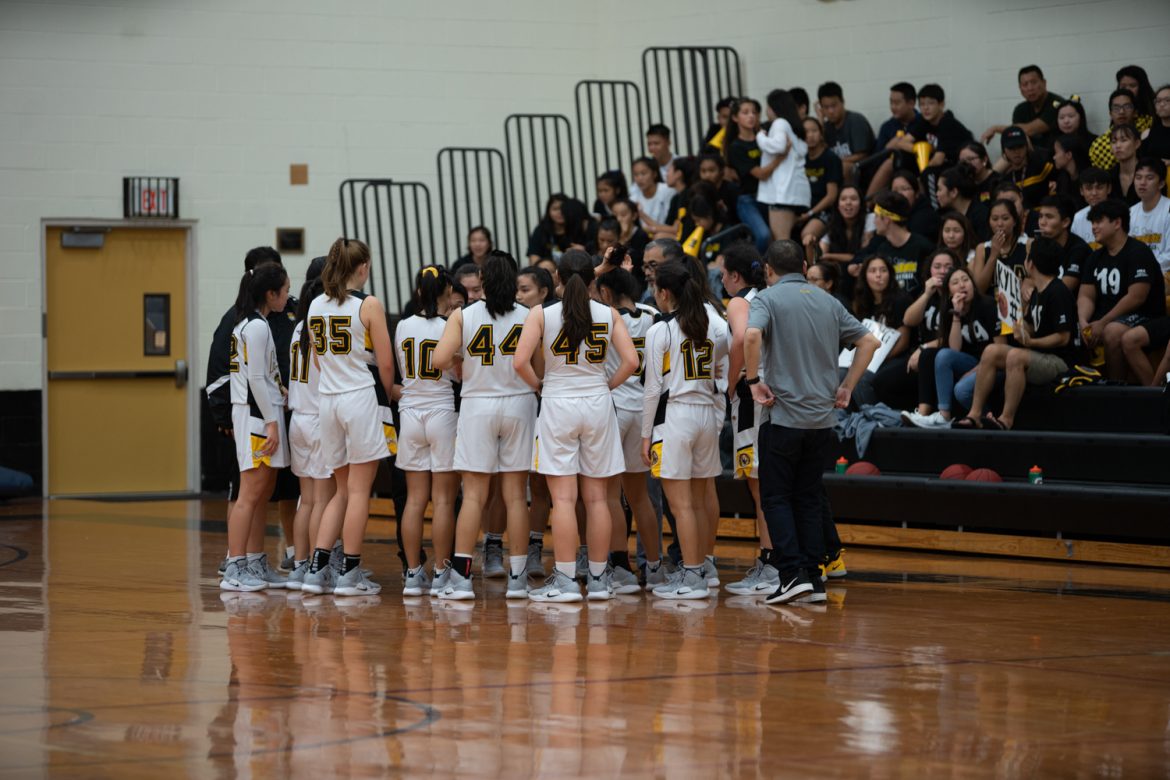 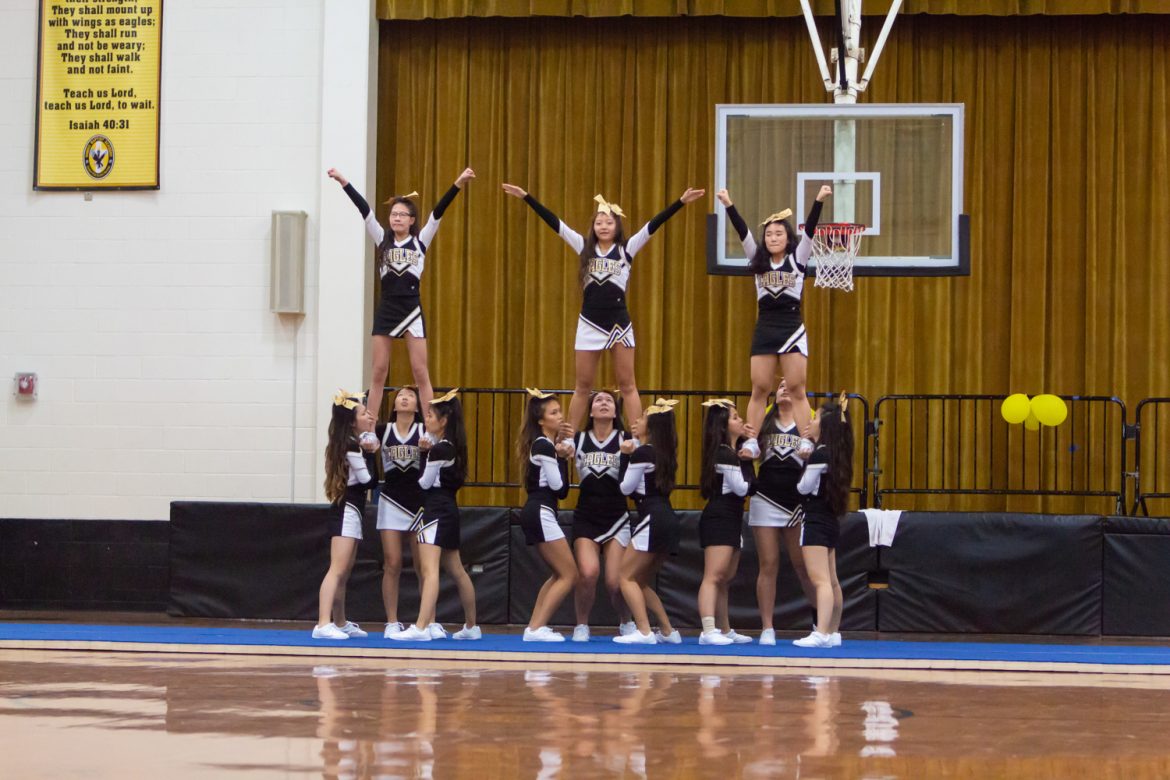 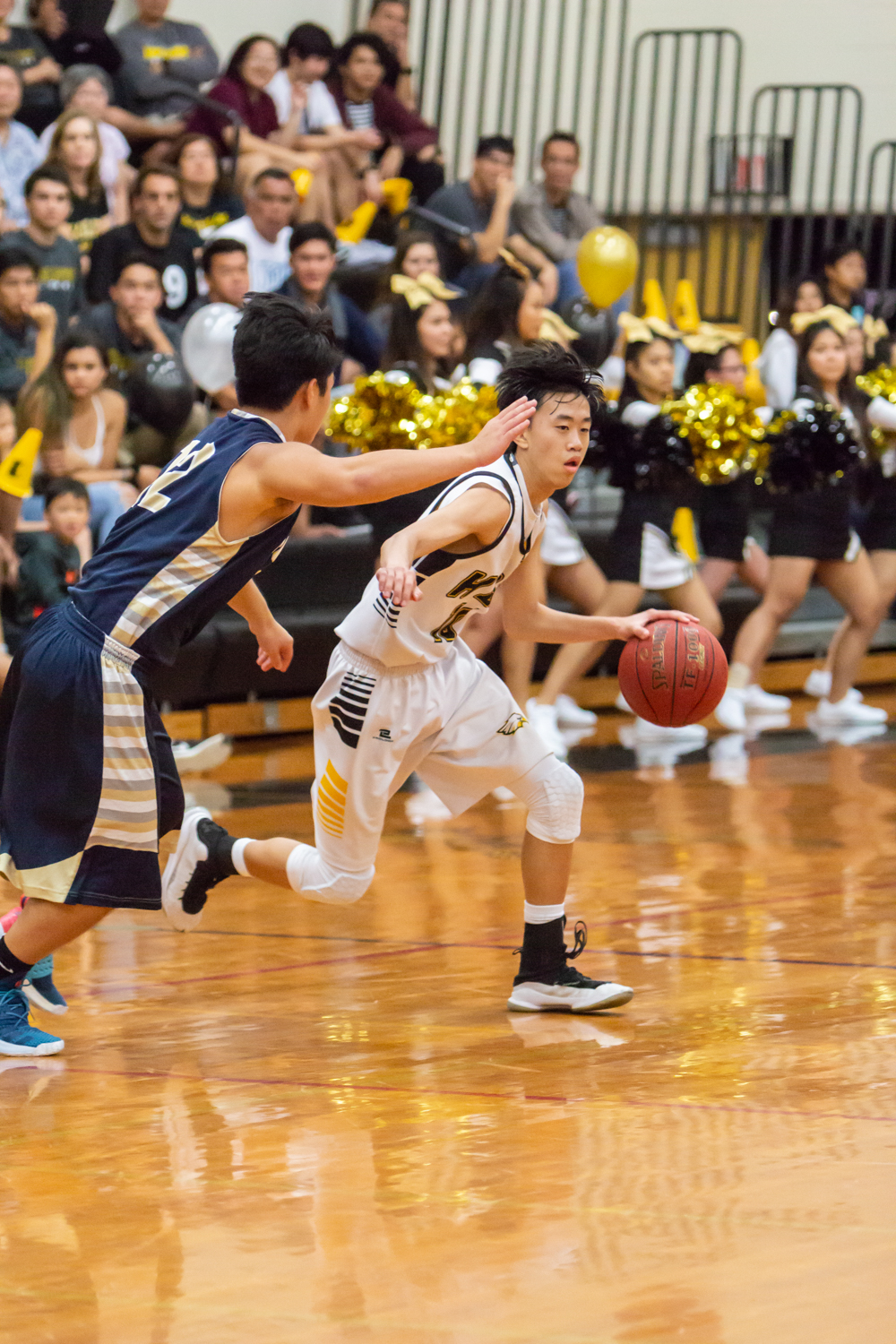 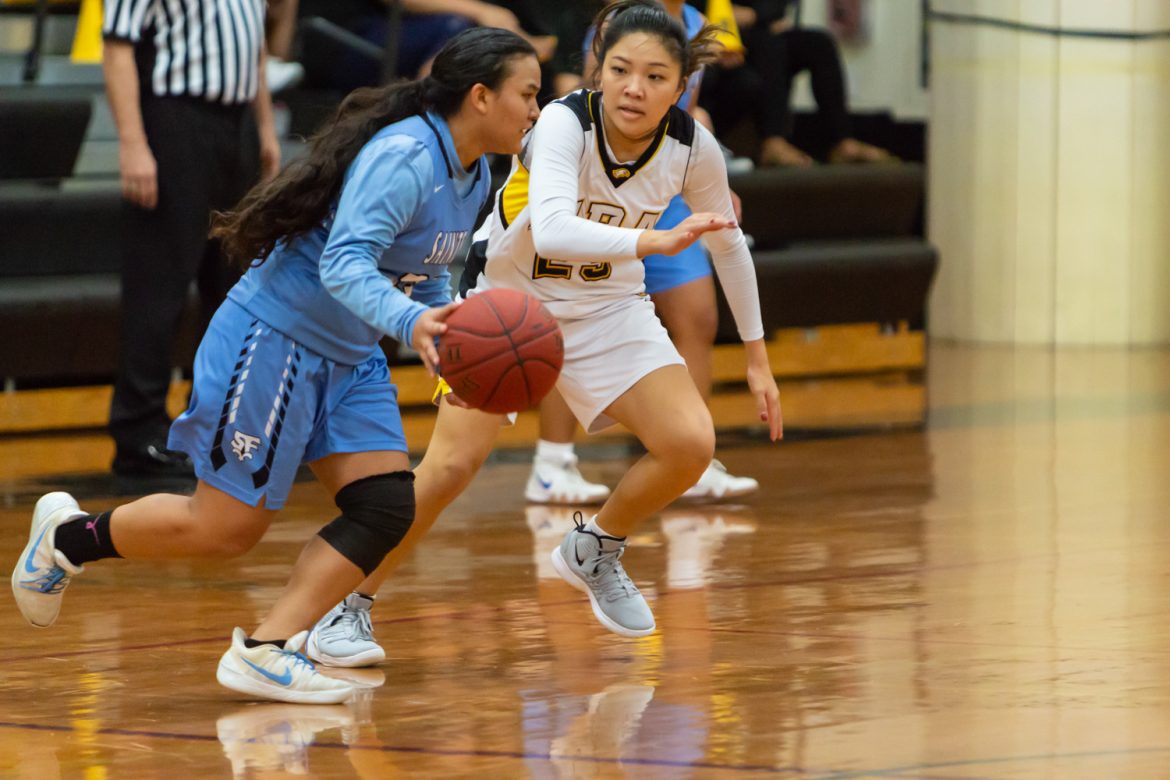 Students Head Back To “Normal” School

Learning From the Pros, Side by Side

Feel The Beat of the Drum

Welcome Back to Fall Sports