This year’s annual Mainland Advisory Council (MAC) Week, a week dedicated to hosting a group of mainland supporters, marks the 41st anniversary of the group. MAC members were thanked with a 4 day celebration which was kicked off on Tuesday February 19 with a visit to the elementary campus. MAC members then spent the rest of the week at the High school, eating breakfast with their student hosts and meeting kids from both the Stan Sagert and Dan Kong campuses.

The week’s highlights were the MAC chapel on Thursday and the MAC dinner on Friday night. Chapel included performances by the high school band and halau, both of which MAC members happily enjoy. MAC member’s Friday night dinner was filled with song from the high school choir, as well as testimonies from both students and teachers.

Carole Masaki, HBA’s head of development and alumni relations, is the primary organizer for MAC Week. MAC was created in 1977 to “raise money for a growing school,” Masaki said. MAC began with only 19 Christian men and their spouses from the Southern Baptist community who saw the value in HBA’s mission. Since then, MAC has provided about 70% of the monetary gifts that HBA receives, with their level of support tripling since the group’s inception.

“They have helped to fund the building of the Middle School, Arts and Science Building, and Learning Resource Center,” Masaki said, as well as, “[keeping] HBA in their constant prayers.” When asked why people choose to support a school an ocean away, Masaki replied, “The reason is very simple. They believe in the mission of HBA and our students.”

The reason is very simple. They believe in the mission of HBA and our students.

The 270 families that make up MAC are from 28 different states, a testament to the reach that HBA’s mission is capable of, as well as the support that comes with it. Although the beautiful buildings and new technology they have so generously help contributed to are great, MAC members come every year to see the students. They pay out of pocket to come and see the lives that they change. Masaki said that the reason why many MAC members come “is [to see] our students. Our MAC members look forward to coming each year to see the students, to hear the testimonies, to be on campus. They want more time with the students.”

MAC member John Stanford has been coming to HBA for the past 30 years. Despite seeing all of the buildings and new developments, Stanford and his wife, Donna Stanford, both love returning because of the students they get to meet, especially their student hosts. The Stanfords both smiled as they said, “[we’re] excited to come back and see all of you guys again next year.”

Masaki would like HBA students to know that “The history of HBA was rooted by the support of our Mainland Advisory Council… Without their prayers and support all these years, we may not have…a place to call OUR HBA. So the next time you see our MAC friends, stop and say thank you. It will mean so much to them.” 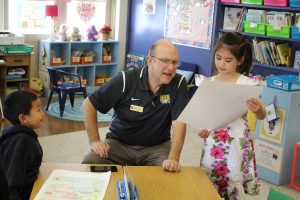 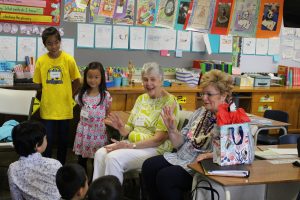 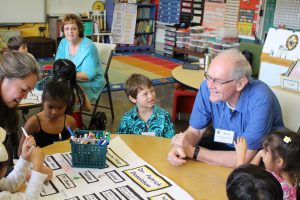 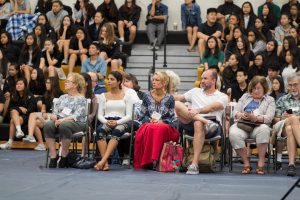 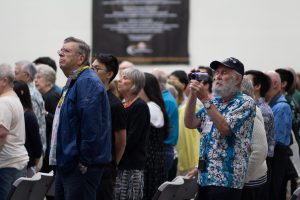 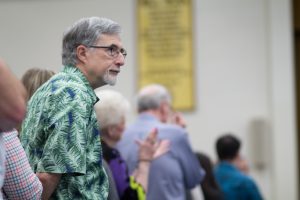