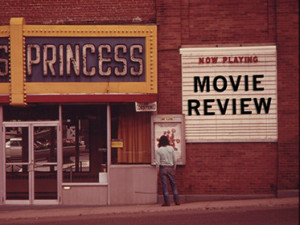 The book will almost always be better than the movie; however, the movie version of Catching Fire lives up to its book pretty well.

Catching Fire is the second part of The Hunger Games trilogy by Suzanne Collins. The overall story is about a girl named Katniss Everdeen who lives in District 12, the poorest and lowest of the twelve districts that make up Panem. About 75 years before Katniss, the districts started a revolution against the corrupt capitol; however, the capitol won, and in result, the Hunger Games began. It was written in the charter between the districts and the capitol that one boy and one girl between the ages of 12 and 18 from each of the twelve districts would be selected by lottery and must compete in a televised competition of survival where only one can named winner. Movie-wise, The Hunger Games is all about building up the characters and setting, with a focus on the game itself. In Catching Fire, the focus is on the corruption of the capitol and “the real enemy.” Personally, Catching Fire was my favorite book of the three, and I couldn’t have pictured a better movie of the book.

The movie wasn’t completely true to the book, but no movie based off of a book has ever been 100% accurate. One small detail that I would have kept out was the mention of District 13 when President Snow visits Katniss in the beginning of the movie. It almost ruins the ending when Katniss finds out she’s in District 13.

[one_third]I couldn’t have pictured a better movie of the book. [/one_third]

This leads to the second part that I thought could have been done better: the ending. Both movies in the trilogy so far have very awkward endings. In the first, President Snow walks out of the games control room; in the second, Katniss stares angrily at camera for a long time as she finds out that District 12 has been completely destroyed. Although the book does actually end with Gale Hawthorne, Katniss’ friend and possible romantic interest from District 12, telling Katniss that District 12 is destroyed, the way it ended on screen could have been less awkward and little more dramatic. The endings of both movies don’t create a strong cliffhanger that makes me want to see the next movie.

Overall though, the movie amazed me. There were a few highlights that stood above the rest. The first is Effie Trinket. Talk about simply stunning character development. In the first movie, when she first comes on screen, she’s covered with makeup and puts up this capitol facade. At the beginning of Catching Fire, she’s the same until she learns that the 75th Hunger Games will consist of previous victors including Katniss and Peeta Mellark. The scene where she has to pull the tributes’ names is quite a moment for Effie. Barely wearing any makeup, she pulls Katniss’ name out of the bowl (hers being the only name in it), and as she reads Katniss’ name, Effie starts tearing up. Awkwardly, I heard the person behind me in the theater let out a small chuckle. It’s a huge contrast from the first movie: smothered in makeup to barely any makeup, fake to real. It’s interesting because one wouldn’t really notice this.

In the overall plot, Effie is a secondary character, but this one scene is key to showing Katniss’ affect on people. It also shows not everyone in the capitol is a snob. Effie goes through this beautiful yet subtle transformation between the two movies.

The second highlight is the portrayal and focus on the corruption of the government. Many think that The Hunger Games is all about the sad love triangle between Katniss, Peeta, and Gale. On a bigger picture level, it’s about the oppression of a corrupt government, poverty, and a war-torn society. While the first movie depicted the poverty aspect very well, Catching Fire did a great job focusing on the oppressive government and the uprising against it.

[one_third]On a bigger picture level, it’s about the oppression of a corrupt government, poverty, and a war-torn society.[/one_third]

The scene where Katniss and Peeta are in District 11 on their Victory Tour giving a few words to the people of District 11 and the families of the fallen tributes of the previous games was so simple yet powerful. Katniss apologizes for not being able to save Rue, and an old man raises a three finger solute and whistles Prim’s tune. As others raise their three finger salute, peacekeepers swarm in and bring the old man to the front of the crowd where they shoot him. What made the scene more compelling was the look of confusion on the old man’s face as they were about to shoot him. It was subtle but very clear. Before he even knows what’s happening, he’s shot. It’s a real eye-opener, set at the beginning of the movie to emphasize the oppression of the government that will run through the entire plot.

Finally, the third highlight is the message to stand up against oppression and inequality even if the odds are against you. Here is a girl from District 12, a nobody that is expected to die in the games. Against everything, she wins, but not only does she win, she defies the Capitol by almost killing Peeta and herself. It’s the reason the book is called Catching Fire. In the first movie, when she wins the games, she ignites sparks of hope in the destitute people of Panem. In Catching Fire, her sparks catch fire inspiring others to stand up against the Capitol. While the action and drama of the movie may steal the show, it is the themes that Collins introduces through the story of Katniss and the Capitol that really make the movie.

Book Review: The Fault In Our Stars

Up and Coming: Salted Lemon